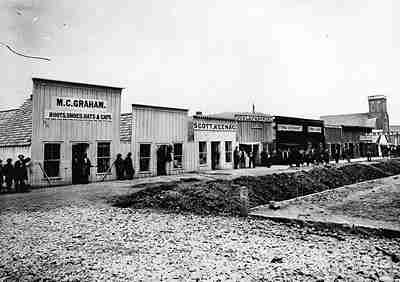 A variety of parks, monuments, scenic views, museums and historic structures are featured in the Tennessee portion of the Chickamauga and Chattanooga Battlefield Park. These sites focus on the Battles For Chattanooga, which occurred two months after Chickamauga. Besieged Union forces under Gen. U.S. Grant in Chattanooga defeated Confederate forces under Gen. Braxton Bragg on Lookout Mountain and then Missionary Ridge.

Valley. Three gun batteries mark a small segment of the siege lines that encircled Chattanooga. The 95-foot Peace Monument, constructed from pink Massachusetts granite and Tennessee marble, features on top of its shaft a Union and Confederate soldier shaking hands under one flag. The visitors center has the historic James Walker painting of "The Battle Above The Clouds," measuring 13 feet by 33 feet, along with an audio program discussing the work, and a book store. A set of stairs leads 500 feet down to The Ochs Museum and Overlook, with great views of the valley. A ledge nearby is Umbrella Rock, where many Union soldiers had their photo taken, including Gen. U.S. Grant. To the left of the museum is the Bluff Trail, the main hiking trail of the park which will take you to the Cravens House.

Built around 1854 by Robert Cravens, this house was the site of the fiercest fighting on the mountain and is the only remaining structure of the Civil War period on the battlefield. Confederate officers used the house as a headquarters for their fortifications on Lookout Mountain, only to be pushed out by Union Gen. "Fighting" Joe Hooker on Nov. 24, 1863 during the "Battle Above the Clouds." Only open for tours on Sat. & Sun. Grounds are always open.

Signal Point Reservation, to the north and directly opposite Lookout Mountain marks the spot where Native Americans, Confederates, and Union forces communicated through the use of signals. When the Federal army was trapped in Chattanooga in the fall of 1863, the U.S. Signal Corps was able to communicate up to 25 miles through the use of flags. Exhibits are displayed along the terrace, which affords a beautiful view of the Tennessee River 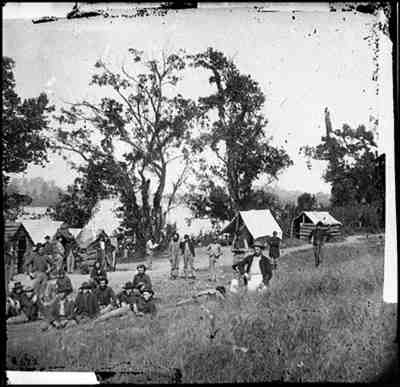 Orchard Knob Reservation marks the site of Gen. U.S. Grant's headquarters during the Union assaults of Confederate forces holding Missionary Ridge on Nov. 25, 1863. It was here that Grant and Gen. George "Rock of Chickamauga" Thomas watched in amazement as Union troops — without orders — charged up Missionary Ridge, knocking Gen. Braxton Bragg's Confederates back into Georgia. Orchard Knob was the forward position of the Confederate siege line, until Grant attacked on Nov. 23, when he suspected the Rebel forces might be lifting their siege. A half-hour battle secured the hill for the Union. Located in the park are monuments, memorials, descriptive metal plaques, and cannon.

Missionary Ridge is a 400-foot high, 20-mile long mountain barrier running east of the city of Chattanooga. Along this ridge were the seemingly impregnable, entrenched Confederate forces and gun batteries, laying siege to U.S. forces in Chattanooga. A series of military reservations, with monuments, cannon and explanatory tablets, mark significant spots on the ridge. The Sherman Reservation marks the area where Gen. William T. Sherman tried in vain to break through the Confederate eastern flank commanded by Gen. Patrick Cleburne. The De Long Reservation contains a large monument to the 2nd Minnesota Regiment, which fought gallantly at Chickamauga and was among the first to reach the crest of Missionary Ridge. The Ohio Reservation honors troops who fought in the Chattanooga Campaign. The Ohio Monument was dedicated by then Ohio Gov. William McKinley, who later became president of the U.S. The Bragg Reservation marks the site of Confederate Gen. Braxton Bragg's headquarters, who resigned his commission after his defeat at Chattanooga. The monument here honors Illinois troops.

This national cemetery, located on 124 acres of gently rolling hills, contains the reinterred Union dead from Chickamauga, Chattanooga and other actions in the area. Established in 1865 by Gen. George H. Thomas, a total of 12,956 Union soldiers are known to be buried here, approximately 5,000 with identities unknown. Confederate dead from the Battle of Chattanooga were buried in the Confederate Cemetery in Chattanooga, and the Confederate dead from Chickamauga were buried in Marietta. Today more than 31,000 veterans from many American wars are buried in the National Cemetery, which was officially established by the 1867 Act to Establish and Protect National Cemeteries. This is also the last resting place of eight of the 24 Andrews Raiders of the famous "Great Locomotive Chase," (see page 37) including James Andrews, who were executed in Atlanta, buried in Oakland Cemetery, but later reinterred here. (Except for Andrews, who was buried in an unmarked grave in Atlanta and later reinterred here.) Just inside the main gate is a large monument with a bronze likeness of the General, the locomotive stolen near Marietta, Georgia and recaptured just north of Ringgold, Georgia. Tried as spies, Andrews and seven of his men were hanged. Four of those buried here were among the first recipients of the Congressional Medal of Honor. The monument was dedicated on Memorial Day, 1891. 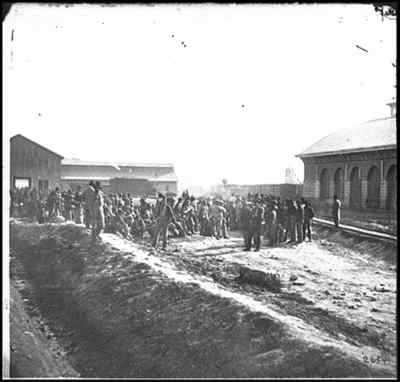 After the war, in 1865, returning Confederate veterans decided to establish a Confederate cemetery for those who were killed in various actions around Chattanooga or died in hospitals and then buried in plots and graveyards around the city. Organizers decided on the east side of the Citizens Cemetery and gathered the dead and had them reinterred. Commemorative tablets line the walks identifying the units but not individuals, unless they were veterans. Notice the Confederate flag on the main gate and the metal plaque erected in 1901. A large stone obelisk stands on the hill.

The Battles For Chattanooga Museum

Their motto, "Visit Here First," is good advice. At this tourist attraction, one can get a feel for what happened in Chattanooga before going to Point Park. A large, three-dimensional battle map, with 5,000 miniature soldiers, 650 lights, sound effects, and smoking cannons, is an excellent primer for adults and children. The museum also has Civil War artifacts and a bookstore.

The National Medal of Honor Museum highlights the heroic deeds of American Servicemen and one woman who won the nation's greatest honor. The Medal of Honor, established during the Civil War, was awarded first to the Andrews Raiders, some of whom are buried in the Chattanooga National Cemetery not far from this museum.

Here you find history and some unusual artifacts of the Civil War (first cannon ball fired into Chattanooga), Spanish American War, WWI, WWII (a brick from Hitler's house), Korean War, Vietnam War and Persian Gulf War; plus the individual stories of Medal of Honor recipients. The museum is raising funds to build a permanent site for its artifacts and exhibits.