Chickamauga and Chattanooga National Military Park is the oldest and largest military park in the nation, preserving large portions of the battlefields from the two major battles fought here in the fall of 1863. Of all the sites in this book, this one may have the most to see and experience. There are approximately 700 monuments, 250 cannon, and 650 markers, scattered over 8,000 acres in two states, ranging from the lofty heights of Lookout Mountain to the dense woods, thick underbrush and open meadows near Chickamauga creek. The park is composed of several separate areas: Chickamauga battlefield, seven miles south of Chattanooga on U.S. 27; Point Park and Lookout Mountain battlefield near Chattanooga; a series of parks called reservations along Missionary Ridge; Orchard Knob Reservation in Chattanooga; and Signal Point reservation north of Chattanooga. (For attractions in the Chattanooga area of Chattanooga and Chickamauga Military Park, see Chattanooga section.) 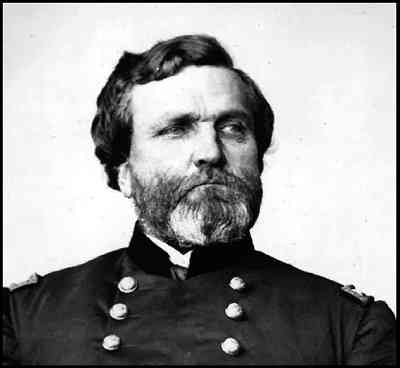 At Chickamauga Battlefield, start your tour at the Visitors Center where exhibits and an excellent multimedia presentation explain the battle and its significance in the Civil War. Also at the center is the Fuller Gun Collection, which displays 355 shoulder weapons. Outside is an artillery display, illustrating the various cannon used by the light field artillery during the war. The major highlights of the battlefield can be seen in a 7-mile, self-guided automobile tour. Monuments and metal tablets, in red for Confederate and blue for Union, show where various units were positioned during the battle. Twenty nine states provided a total of 124,000 fighting men (the largest battle in the Western Theater), resulting in 34,000 casualties, the second bloodiest battle fought on American soil. Large triangular stacks of cannonballs mark the locations where eight brigade commanders died on the battlefield, including Lincoln's brother-in-law, Benjamin H. Helm. You will find monuments to various units all across the park, with the northern forces having more monuments than the impoverished southern forces. Points on the battlefield not to miss: the historic Brotherton Cabin, where Georgia native Confederate Gen. James Longstreet charged with his troops through the gap in the Union line, starting the rout; the Wilder Tower (commemorating Col. John Wilder and his mounted infantry whose 2,000 men armed with 7-shot Spencer repeating carbines poured deadly fire on Longstreet's veterans but could not stop them) where you get an excellent view of the battlefield; and Snodgrass Hill, the knob where U.S. Gen. George H. Thomas earned his nickname "Rock of Chickamauga" when he rallied a small portion of disorganized U.S. troops into a defense force, giving time for Gen. William S. Rosecrans' army to retreat into Chattanooga; and the 87-foot Georgia Monument, the largest on the battlefield, with its figures representing the infantry, artillery and cavalry. Reenactments: The Battle of Chickamauga Anniversary Commemoration and the Battles for Chattanooga Anniversary Commemoration occur on weekends closest to the anniversary to the battles (but not on Thanksgiving weekend). 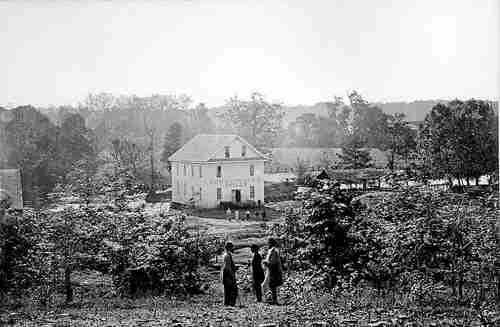 The owner of the Gordon-Lee Mansion, James Gordon, built the first mill at this site in 1836, making it one of the oldest mills in Georgia. The mill, a Chickamauga battlefield landmark, was alternately seized by Confederate and Union forces during the campaign, and was the scene of constant skirmishing as it was between the lines for most of the battle. Confederate Gen. Braxton Bragg used it as a headquarters from September 7-10, 1863, later moving his headquarters to LaFayette. The mill was then seized by Union Gen. Thomas Crittenden for his headquarters from Sept. 10-20 1863, forcing Gordon's son-in-law James Morgan Lee, who operated the mill, to grind corn for the Federals. Later, Confederate Gen. Leonidas Polk established his headquarters here. The mill burned in 1867 but was rebuilt.

Now a bed and breakfast inn, the mansion was completed in 1847 by James Gordon and is one of the few remaining structures from the Battle of Chickamauga. It served as the headquarters of Gen. William S. Rosecrans, leader of the 58,000-man Union Army before the Battle of Chickamauga. James Garfield, who would later become president of the U.S., served as Rosecrans' chief-of-staff here. During the battle, the house and grounds became the main hospital for the second bloodiest battle of the Civil War, with 30 Union doctors remaining behind to work on the wounded after the Confederate victory. A museum is on the second floor