The Battles of Chickamauga and Chattanooga 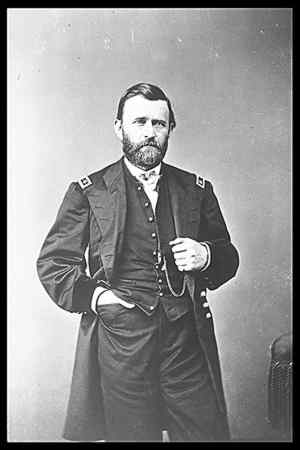 Chickamauga was the biggest battle fought in the Western Theater, and the bloodiest, with more than 34,000 casualties. The name for the muddy creek comes from the Cherokee, and has been translated to mean the "river of death." U.S. Maj. Gen. William S. Rosecrans' troops had maneuvered Gen. Braxton Bragg's Confederate troops out of Chattanooga without a fight by threatening his supply lines. Bragg had moved his headquarters to LaFayette, where he planned his next move. Rosecrans, thinking Bragg was in full retreat, dangerously divided his three corps along a 40-mile front, pursuing Bragg's men through the rugged Northwest Georgia mountains. Bragg hoped to destroy the isolated fragments of the Union army as they emerged from the mountains, but his goal was not realized when his subordinate officers failed to execute their orders. Rosecrans recognized the vulnerability of his troops, and quickly concentrated his men west of Chickamauga Creek near Lee & Gordon's Mill on the Chattanooga-LaFayette road. With news of reinforcements, Bragg regained confidence and began the Battle of Chickamauga on the morning of Sept. 19, 1863, with Confederates attacking the Union left flank under Gen. George H. Thomas, in a sequence of attacks from north to south. Bragg was trying to push the Federals into a mountain hollow known as McLemore's Cove, but by the end of the day, the battered Union troops had held fast. That evening, Bragg was reinforced by troops from Virginia, under Lt. Gen. James Longstreet, tipping the numerical scales in the Confederates' favor, with approximately 66,000 Rebels versus 58,000 Yankees. The next day, the Confederate attacks resumed, with the turning point coming from a mistake on the Union side. A Union officer reported erroneously that a gap existed in his line. Without verifying whether this was true, Rosecrans ordered a division to pull out of position to plug the alleged gap, thereby creating a real gap. As luck would have it, at this precise spot and time, Longstreet had sent thousands of charging Confederate troops, which had the effect of routing four Union divisions and sending them fleeing back to Chattanooga. Some Union troops did not run, and Gen. George Thomas gathered them at a small elevation called Snodgrass Hill, and fought a bloody rearguard action that successfully allowed the Federal army to retreat before being totally destroyed. When sundown came, Thomas, later to be nicknamed the "Rock of Chickamauga," guided the remainder of the army through a mountain gap back to Chattanooga. Senior officers under Bragg urged him to immediately pursue the disorganized Federals, but he ignored their advice and possibly missed an opportunity to completely destroy a major part of the Union army.

The battles for Chattanooga, coming two months later from Nov. 23-25, 1863, was a Union victory that set the stage for the Atlanta Campaign. Rosecrans had retreated into the river town and waited for help. The Confederates had taken the heights at Missionary Ridge and Lookout Mountain, and entrenched in the Chattanooga Valley between, and managed to cut the city's rail and river supply lines, placing the Union troops under siege. Rosecrans' troops were subsisting on starvation rations which came to town over a thin, 60-mile supply line. Into this situation came Gen. U.S. Grant, who had been promoted to command of the Union armies in the Western Theater in mid-October. After the disaster at Chickamauga, he had replaced Rosecrans with Thomas, ordered reinforcements to Chattanooga, including two corps from Virginia under Maj. Gen. Joseph Hooker and four divisions from Vicksburg led by Maj. Gen. William T. Sherman, and worked to resupply the trapped men. On Oct. 27, Union troops quietly floated down the Tennessee River at night to capture Brown's Ferry, allowing Union steamboats to transport supplies within eight miles of Chattanooga. Meanwhile on the Confederate side, Bragg was losing control of his army. His senior officers thought him incompetent, and unanimously voiced their lack of confidence in his command to Confederate President Davis, but Davis refused to act. At Davis' suggestion, Bragg sent Longstreet and his 15,000 men to Knoxville, to be rid of one of his biggest critics. The effect was to reduce Bragg's fighting strength. By the time Sherman's troops arrived in mid-November, the Union supplies were flowing to Federal troops, and the Union forces numbered nearly 70,000 versus 46,000 Confederates. On Nov. 23, Thomas' troops captured Orchard Knob, a small hill that was the forwar 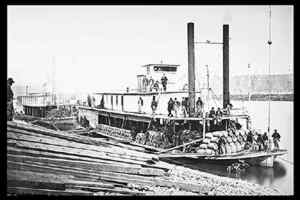 d position of the Confederates. The next day, Sherman's men launched an attack on Maj. Gen. Patrick R. Cleburne's men at the right flank of the Confederates and Missionary Ridge, but got bogged down when they discovered a deep valley between them and their goal. Meanwhile that day, Gen. Joe Hooker's men had achieved success in taking Lookout Mountain in the "Battle Above the Clouds." The next day, Sherman continued to assault Cleburne's troops but with little success, as Hooker worked his way across the Chattanooga Valley to Bragg's left. Grant, impatient at his command post on Orchard Knob, ordered Thomas' men toward the first row of trenches at the bottom of Missionary Ridge to relieve the pressure on Sherman. Thomas' men, consisting of four divisions, accomplished the task quickly, but realized that they were exposed to fire from trenches located above them. In a spontaneous move, the Federals charged up the 500-foot hill, shocking both Grant on Orchard Knob and the Confederates on Missionary Ridge, and winning the battle as they sent the rebels retreating into Georgia. A rearguard action by Cleburne at Ringgold, Georgia, saved the Confederate troops from ruin. The Confederates lost approximately 6,700 men to the Union's 5,000 casualties, but more importantly, the Confederates had lost a strategic transportation hub.