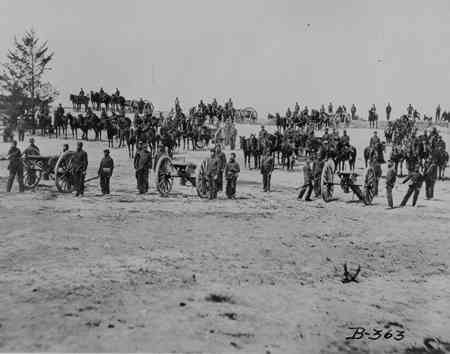 Ringgold was a very importantrailroad town on the Western & Atlantic and the scene of much activity during the Civil War. The "Great Locomotive Chase" ended just a few miles north of the town when James Andrews and his raiders, pursued by William Fuller in the Texas, abandoned the stolen General and fled to the woods only to be quickly captured. A marker is erected at the spot, two miles north of Ringgold on the Ooltewah Road.

In 1862-63, Ringgold was the site of many hospitals, treating more than 20,000 injured and sick troops. In early October, 1863, the hospitals were moved south to avoid capture by advancing U.S. forces. Gen. William S. Rosecrans' Union army and Gen. Braxton Bragg's Confederates fought nine miles west of Ringgold at Chickamauga. A historical marker notes that after Chickamauga, "food became so scarce that mule meat was fed to these sick and wounded men."

When Bragg's army was forced off Missionary Ridge and retreated toward Dalton, Confederate Brig. Gen. Patrick Cleburne was ordered to take a position in Ringgold Gap and delay Union forces, which saved the Confederate army, supply trains, and artillery from capture. The Battle of Ringgold Gap, on Nov. 27, 1863, earned Cleburne the nickname of "Stonewall of the West." The area around Ringgold became a no-man's land between the Union and Confederates in the winter of 1863, after the battle for Chattanooga and before the Atlanta Campaign. The town of Ringgold was the forward position of Union forces after the Battle of Ringgold Gap, and the Whitman-Anderson House at 309 Tennessee Street, served as temporary headquarters for Gen. U.S. Grant. 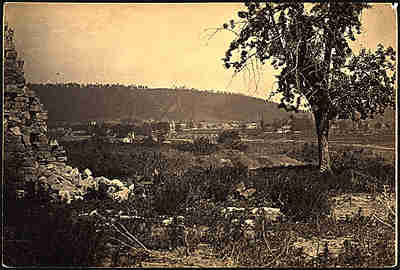 During the Great Depression in the 1930s, the Works Project Administration (WPA) erected five interpretive Atlanta Campaign pavilions for the National Park Service to mark and explain this significant event in the Civil War. These attractive fieldstone constructions, now owned by the state, feature a giant bronze relief map of the area, plaques describing the actions that took place nearby, and picnic tables for travelers looking to pause and reflect on Civil War history. Unfortunately, some of these pavilions have been attacked by vandals and are in need of repair. The first pavilion explains the entire Atlanta Campaign. Others pavilions are found at Rocky Face Ridge, Resaca, Cassville, and New Hope Church. A short walk behind the pavilion and across the railroad tracks takes you to a large monument marking the battle position of Col. David Ireland's New York brigades, which were defeated during the Battle of Ringgold Gap.

This sandstone building, erected in 1850 from rock quarried from White Oak Mountain to the north, was used as a Confederate hospital after the Battle of Ringgold on Nov. 27, 1863. Bloodstains are reportedly still visible on the floor. The church, on the National Register of Historic Places, has been used by many religious denominations and was purchased by the Catoosa County Historical Society.

Built in 1849 of locally quarried sandstone block with 14-inch thick walls, this large depot served a bigger market than Chattanooga in the early 1850s. Large quantities of wheat were shipped from this depot. Now listed on the National Register of Historic Places, the depot was badly damaged by U.S. Gen. Joe Hooker's guns during the Battle of Ringgold, Nov. 27, 1863, and was repaired with lighter-colored limestone block, a testament to the damage it received.