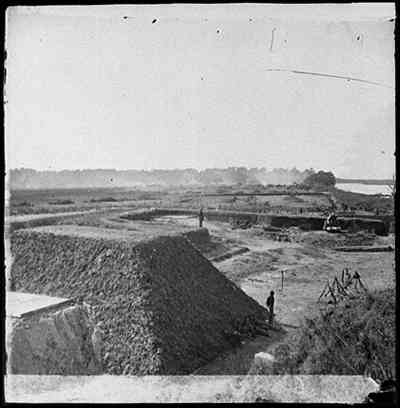 Coastal Georgia is dominated by the Civil War history found in and around historic and beautiful Savannah. With Richmond, Charleston, Mobile and New Orleans, Savannah was a premier city of the Confederacy, and is a major historic treasure today. Located on a bluff on the Savannah River, the town's fortunes were based on cotton commerce and trade. Early in the War, Georgians seized Federal Fort Pulaski, located at the mouth of the river, on Jan. 3, 1861, only to see it fall to big Union guns on Tybee Island on April 11, 1862. Savannah's next big Civil War event was preparing for Gen. W.T. Sherman's armies, which marched across the state from Atlanta to seize the city on Dec. 21, 1864. Darien, located at one of the channels of the Altamaha River, saw some of the first action by black troops stationed on St. Simons Island. Today, the best Civil War sites in Coastal Georgia travel region include Fort Pulaski National Monument; the entire historic district of Savannah including the Green-Meldrim House, Fort McAllister State Historic Site; and Fort Jackson. At Midway, a museum, historic church, and cemetery are well worth the trip. A historical marker in Blackshear marks the location of a temporary prison camp. Coastal Georgia features unforgettable scenery, including hundreds of miles of coastal plain drained by scenic rivers which flow into lush, fertile salt marshes, protected by Georgia's beautiful golden isles.