[Fig. 30(34)] As settlers began coming into the area from Virginia and across the mountains from North Carolina, they established the first permanent American settlement outside the original 13 colonies at Sycamore Shoals (now Elizabethton). Soon afterward, in 1772, the settlers compiled the Articles of the Watauga Association, the first majority-rule system of American democratic government, and five members were elected to "govern and direct for the common good of the people."

As more pioneers arrived at Sycamore Shoals, it became the hub of the frontier, with trails connecting it with Bristol; Rocky Mount, the first territorial capital; and settlements in North Carolina and South Carolina.

In 1775, the Transylvania Purchase, the largest real estate transaction in United States history, took place at Sycamore Shoals. The Transylvania Company, led by Richard Henderson of North Carolina, purchased over 20 million acres of land from the Cherokee Indians, all the lands of the Cumberland River watershed and extending to the Kentucky River. The price was 2,000 pounds, along with 8,000 pounds of goods. Twelve hundred Indians spent weeks at Sycamore Shoals in counsel before signing the deed over the objections of Chief Dragging Canoe.

After the Transylvania Purchase, Dragging Canoe was determined to drive the whites from Cherokee lands. During the Revolutionary War, English agents, whose plan called for the Indians to attack the settlers from the rear while the English attacked them from the sea, aided him. A band of warriors laid siege to Fort Watauga, which had been built as a refuge. Most of the settlers had fled, but Lt. Col. John Carter, Capt. James Robertson (founder of Nashville in 1779), and Lt. John Sevier (Tennessee's first governor in 1796) held the fort two weeks until the Indians departed.

On September 25, 1780, the Overmountain Men, 1,100 strong, assembled at Sycamore Shoals in preparation for their march over the mountain in search of the Tory militia under the command of British Maj. Patrick Ferguson. Eleven days later, the Overmountain Men, under the command of Col. John Sevier and Col. Isaac Shelby, met and defeated Ferguson's army at the Battle of King's Mountain. The victory was a critical link in the chain of events that led to the eventual surrender of the British forces and an end to the Revolutionary War.

[Fig. 30(35)] Sycamore Shoals is a day-use area that has a visitor center with an interpretative facility, information, historic displays, and a theater open daily from daylight to dark year-round. There is also a reconstruction of Fort Watauga and a short scenic trail leading from the fort to the historic shoals. This is also the beginning of the Overmountain Victory National Historic Trail, which follows the route of the volunteer army on its march to face Maj. Patrick Ferguson's troops. The entire trail, except a 2-mile section in Tennessee on Roan Mountain, follows roads and highways. 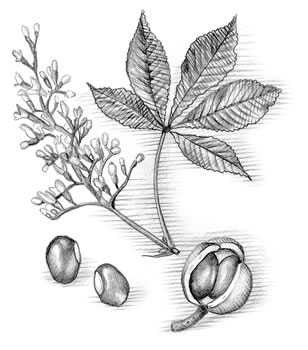 [Fig. 30(36)] The Doe River Covered Bridge, built in 1882, is believed to be the oldest such bridge in the state that remains in use. Made of oak planks, hand-forged nails, and threaded spikes, it is called the Queen of the South, and it remains the most admired and photographed historic structure in Carter County. The bridge withstood the Great May Flood of 1901 that destroyed all other bridges along the Doe River and provided people on the east side fleeing the rising water their only escape route. The structure has been termed an engineering feat and is listed in the Historic Engineering Record. It is one of two bridges in the state identified by a Tennessee Historical Commission marker and is also included in the National Register of Historic Sites.