[Fig. 17] Unlike the other natural areas and state parks on the plateau, the South Cumberland State Recreation Area (SCRA) isn't a single entity. Instead, it's a complex with 9 units totaling 16,000 acres spread over a 100-square-mile area that includes some of the region's most spectacular attractions.

The SCRA visitor center is primarily a hub at which to become familiar with the location of the other features. The center provides maps, directions, and other information. Hiking, backpacking, and primitive camping are the main attractions in this area. All camping requires a permit but the permit is free.

[Fig. 17(1)] "Savage" in the name Savage Gulf is often misinterpreted to mean wild, ferocious, and uncivilized, and many have been puzzled by the term "gulf." While this gulf, a local term for gorge, is a rugged wilderness, the Savage Gulf get its name from Samuel Savage, an early settler in the area. 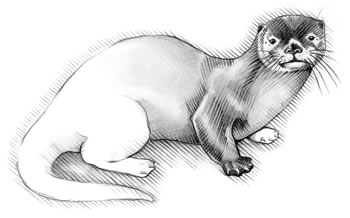 The Big Creek from the west, the Collins River from the south, and the Savage Creek from the east, each about 5 miles long, carved their own gorges then joined to form a wide, steep valley. The deepest point is 800 feet below the Cumberland Plateau rim.

The 14,500-acre Savage Gulf area also includes 500 acres of virgin forest and 55 miles of trails, offering visitors the opportunity to see and explore some of the plateau's most rugged and primitive surroundings. There is no road into the gulf.

Robert Brandt says in his book Middle Tennessee On Foot that there are 680 plant species here, representing almost one-third of all the plants in the state, and that most of the common mammals of the eastern United States are found here, too.

The late Hermann Baggenstoss recognized the need to preserve some of the land that attracted the Swiss immigrants from whom he was descended. As chairman of the Grundy County Conservation Board, Baggenstoss and his board worked diligently in the 1960s and 1970s to establish the South Cumberland Recreation Area (SCRA) to preserve this wild area. Selective timber harvest occurred throughout the south Cumberland region, except for 500 acres within Savage Gulf. Sam Werner, from Switzerland, once owned the land that included the virgin forest, and in the mid-1960s Sam Werner III joined the effort to encourage the state to buy the Savage Gulf. By 1978, the SCRA was established with the aid of Tennessee Valley Authority, the Savage Gulf Preservation League, The Nature Conservancy, many individuals, and other organizations.

The 500-acre virgin tract of mixed mesophytic forest is described as one of the best in the eastern United States and is listed as a National Natural Landmark.

[Fig. 17(3)] Mixed forests and wildflowers are seen on this hike that passes Savage Falls Overlook and Rattlesnake Point, both of which present views of Savage Gulf. The trail begins at the ranger station on the eastern side of the Savage Gulf off TN 399 and crosses a suspension bridge over Boyd Branch shortly beyond the trailhead. Savage Falls Overlook spur at 1.5 miles goes left off the trail to see a 30-foot vertical drop waterfall. At 2 miles along the Savage Gulf Day Loop is a sensational view of the gulf from Rattlesnake Point.

[Fig. 17(2)] The portion of the trail that follows the rim of Savage Gulf offers more than a dozen overlooks, many that offer spectacular views of the deep gorges. Meadow Creek, Loose Rock (on a spur trail), Quartz Pebble, Jumpin' Water, Yellow Bluff, and Trail Edge overlooks are the most notable. The trail also passes over the tallest bluff in Savage Gulf, a waterfall, streams, hardwood forests, a backwoods campsite, and an old railroad bed. The trail begins 2.2 miles along the Savage Day Loop.

[Fig. 18(4)] Grundy Forest State Natural Area is a 237-acre natural area containing the Grundy Forest Day Loop that leads to the 12.5-mile Fiery Gizzard Trail, one of the most popular overnight backpacking trails in the South Cumberland complex.

The citizens of Tracy City donated this area in 1935 asking that the tract become a state forest suitable for accommodating the Civilian Conservation Corps Camp S-67. There is a parking lot next to the CCC-built picnic shelter, where the trailhead for the Grundy Day Loop Trail is also located.

[Fig. 18(5)] The trailhead is at the parking lot and CCC picnic shelter just south off US 41 southeast of Tracy City. This pleasant hike provides an introduction to the Fiery Gizzard area, as well as views of waterfalls and cascades and the junction of Big and Little Fiery Gizzard creeks. The Fiery Gizzard trail begins 0.7 mile along the loop. 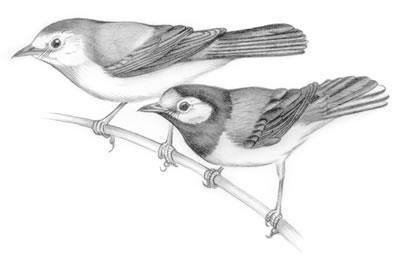 The hike begins as a sandy path that passes by a 15-foot cascade and then the trail passes through a marshy area via a bridge. The trail descends to the Fiery Gizzard Creek surrounded by hemlock and rhododendron and reaches Hanes Hole Falls at the 1-mile point. Beyond is the junction of the Little Fiery Gizzard with the Big Fiery Gizzard Creek, the modest 9-foot Blue Hole Falls, and the ascension to Cave Spring Rockhouse where there is a 500-year-old hemlock..

[Fig. 18(3)] Hikers find this long trail that begins at Grundy Forest Natural Area and terminates at the Foster Falls TVA Wild Area both difficult and rewarding. The trail offers an exceptional variety of features that include many scenic views, rock formations, wildflower displays, waterfalls, swimming holes, and two campsites. A permit from the SCRA visitor center is required for camping.

Several stories tell how Fiery Gizzard got its name, the one most often cited being that David Crockett burned his tongue on a hot turkey gizzard while he camped along the creek. Kelly Roark, in her book Hiking Tennessee, offers another possibility: An Indian chief, wishing to get the attention of the white men attending a peace conference, threw a turkey gizzard into the fire.

One mile along the trail is Chimney Rock, a 20-foot-tall column. At 2 miles is another rock feature called the Fruit Bowl, which consists of house-sized boulders. A short spur trail to Raven Point provides another grand view of the gulf at mile 3.7. It's 1 mile to the Perpendicular Creek crossing and another mile to a small waterfall where there are remnants of a moonshine still. At about 10 miles is the descent into and out of Laurel Gorge. After the ascent is the Laurel Gorge Overlook, giving you another view of where you've been. At about 12 miles you arrive at 60-foot Foster Falls.

[Fig. 18(1)] Grundy Lakes State Park is a day-use area whose main attraction is the historic coke ovens. These beehive-shaped ovens, many of which are still intact, were built in 1883 and used for making coke from the coal mined nearby. This is one of the sites that was involved in the miners' rebellion against convict labor in the 1890s. The ovens are on the National Historic Register.

[Fig. 18(6)] This area is managed jointly by TVA and Tennessee State Parks and offers picnic facilities and seasonal overnight camping. The waterfall for which it is named is 60 feet tall and marks the southern end of the Fiery Gizzard Trail. Hemlocks, mountain laurels, and azaleas grow above the falls along a sandstone overlook.

[Fig. 19(2)] The University of the South donated the 1.5-acre area in which the bridge is located to the state. After walking a gravel and dirt path to the top, visitors can walk across the bridge. The sandstone bridge is 27 feet high and 50 feet long. According to Russ Manning in his book The Historic Cumberland Plateau, a spring at the base of the bridge eroded the unusual formation. But there is only a seep spring present today.

[Fig. 19(3)] The main feature of this natural area is Lost Cove Cave via the Buggytop Trail. The entrance to the cave is 100 feet wide and 80 feet high and is considered "one of the most impressive cave openings in the state," according to Caves of Tennessee by Thomas Barr. The cave is open for exploration, and SCRA naturalists conduct tours. The 2-mile trail to the cave is difficult but worth the effort. The trailhead is a few miles south of Sewanee on TN 56. There is no camping allowed in this area. 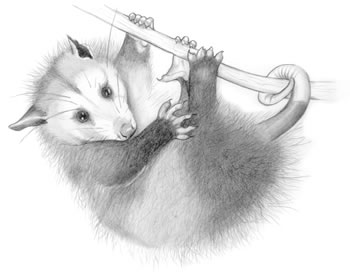 The site is undeveloped, although trails and day-use facilities are planned.