[Fig. 4] Although there are 44 keys located within Biscayne National Park, the area described as the Florida Keys generally refers to the islands between Key Largo and Key West that are connected by the Overseas Highway. They are loosely divided into three geographical sections: upper, middle, and lower. The Upper Keys includes the communities and islands of Key Largo, Tavernier, Plantation Key, Lignumvitae Key, Indian Key, Upper and Lower Matecumbe Keys, Islamorada, and Long Key. This is the most heavily visited part of the Florida Keys, receiving both out-of-state tourists and regular barrages of weekend warriors from densely populated South Florida.

Driving south from Miami, the Homestead Extension of the Florida Turnpike merges with US 1 just south of Homestead. The Homestead Extension is also called the West Dade Expressway on some maps. From here, US 1 continues south to Key Largo 20 miles away. Use caution on this stretch of road. The two-lane highway is heavily traveled by impatient drivers. Passing lanes are periodically provided for their benefit. 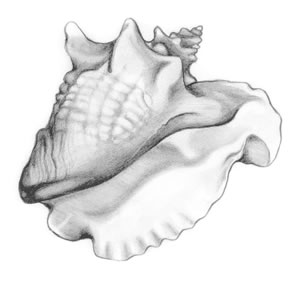 The road passes a grassland prairie and travels along a small canal in which you can see a variety of wading birds, including great blue herons, white ibis, great white egrets (Casmerodius albus), American coots (Fulica americana), and pied-billed grebes (Podilymbus podiceps). Swamp lilies (Crinum americanum) are the white flowers that are often in bloom mixed in among the sawgrass.

Watch the tops of the power poles along the road for osprey nests. Anhingas and a variety of hawks also roost on the poles.

Soon you'll have your first (but hardly your last) sight of mangrove trees standing with their outstretched prop roots looking as if they are stopped in mid-wade. Mangroves are the predominant species of vegetation in the Keys. The road then passes over Jewfish Creek and soon swings onto Key Largo.

An alternative, and perhaps a little more scenic route forks left onto Card Sound Road (CR 905A) just below Florida City, about 0.7 mile from the end of the Florida Turnpike. The road is very narrow and uneven with few places to pull off. It passes by a small marina and a couple rustic looking fishing shanties and fish houses. Live blue crabs are always for sale.

Tall, skinny Australian pines, a non-native tree that has taken a firm foothold in South Florida, line much of the north side of the road while red and black mangroves dominate the opposite side.

The road leads over the Card Sound toll bridge, which provides a wonderful view of Biscayne Bay to the north and Key Largo stretching out to the south. Readers of Carl Hiaasen will recognize it as the bridge in the novel Stormy Weather that Skink had himself tied to in order to await the hurricane.

Beyond the bridge the road passes a fenced portion of Crocodile Lake National Wildlife Refuge. The shallow body of water beyond the fence is named Crocodile Lake for the refuge's most famous resident. Although saltwater crocodiles regularly use these lakes, they are very reclusive, and nearly impossible to see from a passing automobile. They are also seldom seen in the daytime.

The road ends on the island of Key Largo. Take a right on CR 905 through scenic hammocks of West Indian mahogany, Jamaica dogwood, and wild coffee. The hammocks in this area have been a U.S. Fish and Wildlife Service study site for the Key Largo wood rat, an endangered species that uses leaves, sticks, and debris to build 5-foot-high dens with multiple entrances. The rats also establish highways through the thick foliage that they can travel along at night while foraging.

CR 905 rejoins the Overseas Highway, 11 miles to the south at the north end of the town of Key Largo.