The city of Hampton wears more than one hat. It is considered an integral part of what is called Hampton Roads, where rivers converge at the mouth of the Chesapeake Bay. Its also part of Virginias Lower Peninsula, sharing the southeastern tip of the peninsula with its neighbor, Newport News.

The Air Power Park (757-727-1163) at 413 West Mercury Boulevard, in the Coliseum area in central Hampton, exhibits aircraft from the various military branches. Visitors can observe the wind tunnel exhibit, tour the outdoor air and spacecraft displays, and examine the model airplane collection. The park is free and open from 9 to 4 daily, year-round, except major holidays.

Visitors to Hamptons renovated waterfront district may feel transported to the seventeenth century as they stroll the cobblestone streets of this old seaport. Brick sidewalks and crape myrtle trees add their charm to the shops, pubs, art galleries, restaurants, and waterfront park. The waterfront is the site of the Royal Customs House where British ships once brought tea, spices, cloth, and other supplies for the colonists.

Several weekly events foster a party atmosphere in downtown Hampton from May through September. Mill Point Park, located at the eastern end of Queens Way on the waterfront, is the site of live rock music each Wednesday evening and live jazz on Friday nights. The Saturday night Block Party at Queens Way features live Top 40 dance bands, street entertainers, and games.

The picturesque Hampton Visitor Center is also on the waterfront. It is located next to the Radisson Hotel at 710 Settlers Landing Road, on the western side of the Hampton River. A brochure of the self-guided Downtown Hampton Walking Tour is available here. In addition to providing brochures, maps, gift items, and an orientation video, the center is the departure point for the Miss Hampton II Harbor Tours and the Venture Inn II cruise and fishing boat.

Miss Hampton II Harbor Tours (888-757-BOAT or 757-722-9102) offers narrated cruises of the Hampton Roads harbor and the Chesapeake Bay. The tours aboard a double-decker boat last about three hours, beginning at 10 a.m. daily between April 12 and October 31. From Memorial Day through Labor Day, a second tour begins at 2 p.m. Sunset cruises, dinner cruises, and trips on the James River and Intracoastal Waterway are other options.The charter yacht, Venture Inn II (757-850-8960), takes individuals and groups on saltwater fishing trips (bait and rods provided), whale-watching tours, eco-safaris, fall foliage cruises, and winter holiday tours. Hot food and snacks can be purchased at the onboard galley. The boat heads out of the bay into the Atlantic Ocean to search for whales from late December to March. Fishing in Hampton Roads, the Chesapeake Bay, and over ocean wrecks is available seasonally.

The Hampton Visitor Center is also on the route of the Hampton Trolley (757-826-6351 or 757-727-1271). The trolley connects the hotels and Hampton Coliseum to the downtown waterfront where the visitor center, various attractions, and the historic Queens Way district are located.

HarborLink (757-722-9400) is a fast ferry passenger service that opened in 1999 linking the waterfront attractions between Hampton and Norfolk with an entertaining 45-minute ride across Hampton Roads. From the upper and lower decks of the 90-foot luxury ferry, M/V Zephyr, passengers can enjoy refreshments while passing by Fort Wool, the U.S. Naval Base at Norfolk, and a submarine docking station.

The Virginia Air and Space Center has more than 100 exhibits, which include a moon rock and a meteor from Mars. A giant IMAX theater shows realistic films about flight, exploration, and science. During the summer months, tours from the air and space center to NASA Langley Research Center are available. The NASA Langley Motor Tour lasts about 1.5 hours and includes the Lunar Landing Research Center and the NASA wind tunnel. The wind tunnel here will produce winds of an incredible 10,000 mph.

The NASCAR Winston Racing Series and ShorTrack Series draw racing fans to Langley Speedway (757-865-1100) on Saturday nights from March to October. The track is a 0.395-mile low-banked asphalt oval track located at 3165 North Armistead Avenue across from the NASA wind tunnel. The gates open at 2, qualifying for all divisions is at 5, and racing begins at 7.

The Phoebus/Fort Monroe Area is on Hamptons eastern side. Phoebus was once an incorporated town that retains its unique character as a historic village. The community has a colorful past of Revolutionary War skirmishes, runaway slaves, watermen, railroads, resort hotels, soldiers, and saloons.

The American Theatre (757-727-ARTS), located in the Phoebus community, has undergone a $2 million renovation. The 1908 movie house now has a high-tech sound system, modern lighting, and new additions to help make it a center for the arts. Live theater, childrens theater, classic movies, lectures, and concerts featuring international artists are in the plans for this upgraded facility.

[Fig. 7(3), 9(17)] Two companion forts guard the mouth of Hampton RoadsFort Wool, which sits on a man-made island just east of the Hampton Roads Bridge Tunnel (I-64), and Fort Monroe, about 1 mile to the north on a Hampton peninsula called Old Point Comfort. People on private boats are allowed to disembark and explore the island where Fort Wool sits, now unused. Also, the cruise boat, Miss Hampton II, makes stops at the island when weather permits.Fort Monroe is the largest stone fort ever built in the country (it was under construction between 1819 and 1834) and the only U.S. Army fort still in use that is encircled by a moat. The star-shaped structure was built following the War of 1812, when ineffectual coastal defense allowed British ships to enter Hampton Roads and sail up the Chesapeake Bay to capture Washington, DC.Robert E. Lee was stationed at the fort during its completion and Jefferson Davis, president of the Confederate States, was imprisoned in a casemate, or cell, after the Civil War ended. Visitors to the forts Casemate Museum can see the cell where he was held. The fort tour includes weapons, uniforms, drawings by Frederick Remington, and the U.S. Armys Coast Artillery Museum. The Coast Artillery operated some of the largest weapons in military history at Fort Monroe between 1907 and 1946.Also on the grounds of the fort is the well-kept Old Point Comfort Lighthouse. Work on the lighthouse was completed in 1802, making it the second oldest on the Chesapeake Bay. (The oldest is Cape Henry, completed in 1792.) A spiral staircase of hand-hewn stone inside the white tower rises 54 feet to the top, where there is a flashing red light. The lighthouse is listed on the National Register of Historic Places.

[Fig. 7(4)] This 456-acre nature park is an oasis in metropolitan Hampton/Newport News. Exhibits at the impressive 10,000-square-foot nature center focus on such subjects as the waterfowl, birds of prey, river otter, turtles, deer, rabbits, and squirrels that hikers and bikers see on and around the lakes and park trails. Interpreters explain how the parknow an environmental education center and wildlife management facilityis like the mythical phoenix, rising from its own ashes.The beautiful gardens, trails, and lakes were created from garbage dumps and mining pits. The park has a fishing pier, a small spring-fed fishing lake stocked with largemouth bass, catfish, crappie, and bream and a larger mile-long lake. Canoes, john boats, paddleboats, and bicycles are available for rent. Since only electric motors are allowed, no roaring bass boats or personal watercraft interrupt the tranquility of a lakeside picnic. A network of trails encircles the lakes and invites nature lovers to explore marsh, stream, and forest. A rehab area at the park is designed for treating injured wildlife.Resident Canada geese and nesting or wintering waterfowl make use of the lakes and their perimeters. Beavers build dams on Newmarket Creek that separates Hampton from Newport News. Raccoons devise new ways to pilfer the bacon, eggs, and cheese from campers breakfast coolers. 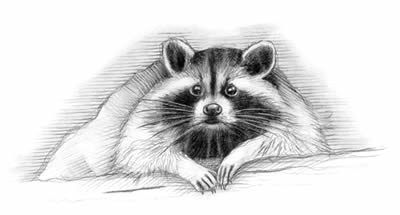 [Fig. 7(5)] The Plum Tree Island National Wildlife Refuge is a winter refuge for wildfowl, a stopover for migrating ducks and geese, and an important nesting ground and nursery for many varieties of marshland birds. The refuge and adjacent privately owned marshlands of Big Salt Marsh in the bordering city of Poquoson make up the largest saline marsh in the lower Chesapeake Bay.In the early 1900s, the U. S. Army Air Corps used the salt marsh as a bombing and gunnery range. Because of the danger of unexploded ordnance that may still lie buried in the marsh, people are not allowed to go into the interior portions of the refuge. However, anglers and bird watchers may boat around the edges, and may also explore Cow Island, the small island on the northwest corner of the area. Boaters may reach the area by launching at the boat landing at the eastern end of VA 171 (Messick Road) in Poquoson. There are no Facilities at the refuge, which is a satellite refuge of Back Bay National Wildlife Refuge.

Hamptons two public beaches are on its northeastern shore, facing the mouth of the Chesapeake Bay.

Buckroe Beach. [Fig. 7(6)] This wide, clean beach on Hamptons Chesapeake Bay has lifeguards during the summer months. Enjoy big band concerts and an outdoor movie series during the summer at the park pavilion. Picnic shelters are available. The beach, which is free and open daily, year-round, is located at the end of Pembroke Avenue at 1st Street. Phone (757) 727-6347.

Grandview Nature Preserve Beach. [Fig. 7(7)] A 2.5-mile stretch of remote beach on the Chesapeake Bay is located at Grandview Nature Preserve. The 578-acre preserve, operated by the Hampton Department of Parks and Recreation, is a haven for birds and wildlife. It is located at the intersection of Beach Road and State Park Drive in northeastern Hampton. Open daily, year-round. Free admission. Phone (757) 727-6347.