Newport News has an interesting mix of industry and opportunities for art, culture, and recreation. Several important museums, including the world-famous Mariners Museum, are located here. Because of its location at Hampton Roads and on the eastern bank of the James River, Newport News also has a rich colonial and Civil War heritage.

Newport News Shipbuilding is a private company that makes nuclear-powered submarines and aircraft carriers such as the USS Nimitz. Founded by railroad magnate Collis P. Huntington in 1886, the company is now one of Virginias largest private employers, with 20,000 employees. Employment peaked at 31,000 during the shipbuilding boom of World War II. The shipyard is located in the southern tip of Newport News at the mouth of the James River.

Considering the fact that Newport News is a highly industrial shipbuilding center and is located on the heavily traveled I-64 corridor between Williamsburg and Virginia Beach, the city is rich in green space. The city has several parks on the James River as well as Newport News Park, which is the largest municipal park east of the Mississippi.

The Peninsula Fine Arts Center (757-596-8175) at 101 Museum Drive (Exit 258A from I-64) hosts touring collections of historical and contemporary works. Children may enjoy an interactive gallery or attend programs especially for them. The work of local, regional, and national artists is on display.

The Newsome House Museum & Cultural Center (757-247-2360) at 2803 Oak Avenue (Exit 3 from I-664) is a restored 1899 landmark housing a black history study collection and exhibits. In addition to changing exhibits, the museum has special events and a permanent exhibit honoring attorney J. Thomas Newsome, one of the first African-Americans to argue before the Virginia Supreme Court.

The restored Endview Plantation home (757-887-1862) has both Revolutionary War and Civil War ties, having been used as a resting place by Washingtons army on the way to Yorktown during the Revolutionary War and as a hospital for both Union and Confederate forces during the Civil War. Endview Plantation is located at 362 Yorktown Road (Exit 247 from I-64).

The Mariners Museum and Park

[Fig. 7(8)] Anyone who has ever been enchanted by the sea will enjoy investigating the legacy of mariners at The Mariners Museum. Artifacts are on display from the famous Civil War battle of the ironclads, the USS Monitor and the CSS Virginia (the name of the ironclad after conversion from the USS Merrimack). This first test of iron-clad warships was fought on March 8, 1862, in the waters of Hampton Roads off the coast of Newport News.Collections in 13 galleries at the museum include ship models, navigational instruments, paintings by artists throughout history, and the world-famous August Crabtree Collection of Miniature Ships. Looming over the heads of visitors are marvelous carved figureheads, including women and giant eagles, with eyes that seem still to look out to sea. Children are fascinated with the costumed interpreters, such as an eighteenth century sea captain, who bring to life the challenging work of mariners.The museums permanent gallery, Defending the Seas, traces the history of the U.S. Navy and includes re-creations of the prow of an eighteenth-century wooden frigate, the turret of the USS Monitor, the deck of an aircraft carrier, and the interior of a submarine, among other interactive exhibits.The museum is located in an urban park containing 550 acres of woods and fields surrounding tranquil Lake Maury. From March through October, canoes and rowboats may be rented for pleasure boating or fishing. The 5-mile Noland Trail encircles the 167-acre lake. Picnic tables are also available. 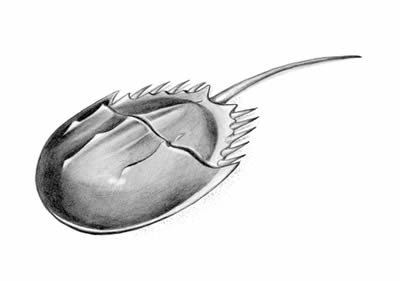 [Fig. 9(10)] The Virginia Living Museum is an excellent place to bring the entire family to view wildlife close up. A 0.25-mile boardwalk leads along a wooded lakeside where raccoons, otters, foxes, bobcats, beavers, eagles, and white-tailed deer are in enclosed habitats. Gardens of native wildflowers attract birds and butterflies spring through fall. The lake also attracts wild ducks and wading birds such as herons and egrets.The museum has a touch tank where children can stroke a horseshoe crab or pick up a starfish. An indoor aviary has steps that lead from songbirds in the treetops down to ducks and quail around bottomland ponds. A planetarium theater re-creates the skies and delves into the mysteries of the heavens. Solar activity can be viewed through a 14-inch telescope in the museum observatory.The Wildlife Arts Festival, the museums annual fund-raiser, attracts some of the areas best wildlife artists and photographers. Check with the museum for the location of this January festival.

[Fig. 9(11)] Sprawling across the northwest corner of Newport News between US 17 and US 60 is the 8,000-acre Newport News Parkthe largest municipal park east of the Mississippi. The park abuts Colonial National Historical Park at Yorktown to the east. The portion of I-64 between Exit 247 and Exit 250 crosses the western side of the park. This green space set aside within hailing distance of the Tidewater Virginia metropolitan area offers all kinds of ways to get away from it allhiking, biking, picnicking, boating, archery, fishing, and year-round camping, to name some. Theres also a 36-hole golf course, an 18-hole championship disc golf course, and a 30-acre aeromodel flying field. The park also rents boats and bicycles.

Restaurants of Newport News and Hampton

Here are some of the places to get Chesapeake Bay seafood and other specialties in the Newport News/Hampton area.

Lodging in Newport News and Hampton

These facilities will provide a base for exploring the Newport News/Hampton area.