[Fig. 23] Between the Cumberland Plateau and Powell Mountain is a long, fairly broad valley carved out by the Powell River. The river has its origin near Big Stone Gap, Virginia, another of the smaller niches in the plateau wall that eventually became a migration and trade route. The Wilderness Road ran alongside a portion of the river in Virginia, and US 58 generally follows the route of the old road. The mountain, valley, and river are named for Ambrose Powell, who accompanied Thomas Walker on his exploration of the area.

The Powell is one of the finest remote float streams in the state, winding through sparsely populated and beautiful country that offers excellent fishing for smallmouth bass and rock bass, as well as bird and wildlife viewing. From Olinger Bridge near Bales Ford to the bridge on US 25E, there are 115 miles of water, so float trips can be of whatever length desired. The river is rated Class I_II, which is suitable for beginners and novices.

In Tennessee there are access points at the bridges on US 25E and TN 63 and at numerous locations along local paved and gravel roads. The Powell River is one of the major tributaries of Norris Lake, and it flows into the reservoir near the town of Speedwell on TN 63.

[Fig. 23] The Clinch River, flowing through a long, narrow valley between Powell Mountain and Copper Ridge, also comes into Tennessee from Virginia, entering near the town of Kyles Ford less than 1 mile from the state line at the junction of TN 70 and TN 33. From this point to the US 25E bridge, there are 50 miles of Class I water that flow through pastoral and woodland country flanked by low mountains. Throughout its length it is well-removed from main routes of travel. The only access points on paved roads other than at Kyles Ford are at the US 25E bridge between Tazewell and Harrogate and at a bridge near the junction of TN 31 and TN 66. The Clinch is noted for its biological diversity. The Upper Clinch River holds one of the most diverse fish faunas in North America.

The Clinch River valley supports 382 species of wildlife, and the river provides good fishing for a number of species, including smallmouth bass, rock bass, crappie (Pomoxis annularis,) white bass (Roccus chrysops,) and walleye. It is an excellent float stream, with Class I and II water suitable for beginner and novice canoeists or boaters. With well over 50 miles of river available, two- and three-day trips are possible. The Clinch is the other main tributary of Norris Lake, and it flows into the lake a short distance southwest of Thorn Hill. 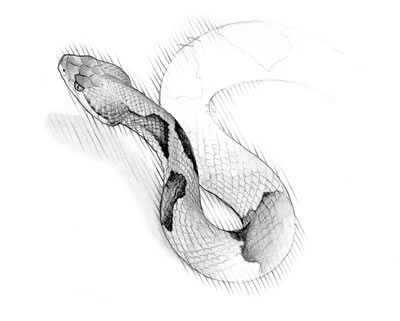 [Fig. 23(2)] Cove Lake and its nearby sister parks, Big Ridge and Norris, were established in the 1930s as recreational demonstration areas by the Tennessee Valley Authority, the National Park Service, and the Civilian Conservation Corps (CCC). Cove Lake State Park is located on an arm of Norris Lake, whose water level is controlled by a subsidiary dam. The entire park is within the city limits of Caryville.

Cove Lake has limited facilities, but its restaurant with a spectacular view of the lake and the hundreds of Canada geese that winter here is a favorite meeting place for groups and families. Before funding was withdrawn by the state, Cove Lake was the location of the Cumberland Trail Office.

[Fig. 23(3)] The 4,500-acre Norris Dam State Park lies on both sides of Norris Dam, built in the mid-1930s as the Tennessee Valley Authority's (TVA) first project in a reservoir system that became known as The Great Lakes of the South. The western part of the park was initially a TVA recreation demonstration area and is the site of most of the park's facilities. The eastern part was added later, and eventually the entire park was deeded to the state.

Naturalists are particularly fond of the park because of the trails that pass through stands of virgin forests with an enormous profusion of wildflowers and songbirds, as well as caves, bluffs, and scenic views. There is a fairly extensive system of trails, most of which are less than 1 mile in length.

One of these, the High Point Trail system, connects with the Norris city watershed trail system, which consists of 20 miles of interconnecting trails.

Access to four trails is on the eastern side of Norris Dam just north of the picnic area and ranger station.

[Fig. 23(4)] The Lenoir Museum is a part of Norris Dam State Park. It features a collection of more than 1,000 pioneer items and photographs of the construction of Norris Dam and the town of Norris. There is also an eighteenth-century threshing barn and a grist mill that operates during the summer months.

[Fig. 23(6)] Adjacent to Norris Dam State Park to the south and along both banks of the Clinch River below the dam is the Tennessee Valley Authority's 300-acre River Bluff Small Wild Area. This unique ecosystem contains old-growth, deciduous forest, 40-year-old pines (Pinus sp.), more than 100 species of wildflowers, a wide variety of songbirds, and steep bluffs overlooking the Clinch River.

Hundreds of people visit here in the last days of March and through April to see the wildflowers, and the main attraction is the trout lilies (Erythronium americanum). Several acres of yellow trout lilies bloom the last part of March or the first part of April. Folklore claims that trout don't bite until the trout lily blooms. Among the other wildflowers are Dutchman's breeches (Dicentra cucullaria), bloodroot (Sanguinaria canadensis), toothwort (Dentaria laciniata), toadshade (Trillium erectum), twinleaf (Jeffersonia diphylla), and celandine poppy (Stylophorum diphyllum).

An orchard of Oriental chestnut (Castanea mollissima) was planted in the 1930s to replace the loss of the American chestnut (C. dentata). The imported chestnut makes poor lumber, but it does provide mast for some of the wildlife. About 40 percent of the forest in the River Bluff Small Wild Area contained the doomed chestnut trees.

The steep bluffs along the Clinch River are kept moist and cool by the water discharged through Norris Dam. The water is drained from the bottom of Norris Lake where the water is cold, and creates clouds of mist along the river.

[Fig. 23(6)] Walk from the parking lot south along the Clinch River. The trail splits to form a loop trail.

The trail has several segments. First is the chestnut orchard and shortleaf pines (Pinus echinata). In the second segment the trail drops and goes through a mature mesophytic forest. The trail begins a gradual climb to a higher area with oak (Quercus sp.), hickories (Carya sp.), red cedar (Juniperus siliciola), and pines with an understory of redbud (Ceris canadensis), blueberry (Vaccinium sp.), and dogwoods (Cornus sp.). Many stumps from chestnut trees can be seen here. A switchback leads to the beginning of the trail.

[Fig. 23] When TVA gave the land that would become Norris Dam State Park to the state, it retained control of a 13-mile stretch of the Clinch River below Norris Dam. This is a prime river float that goes to the headwaters of Melton Hill Dam and is popular with both boaters and fishermen.

The Clinch tail water has a large population of rainbow trout and brown trout, with rainbows of up to 6 pounds and brown trout of more than 10 pounds commonly taken. The state record brown trout, 28 pounds, 12 ounces, was caught there in 1988. Angling success for wading fishermen is most likely when water isn't being released from the dam, while float fishermen do well when the water levels are higher.

[Fig. 23(7)] The Museum of Appalachia is a few miles south of the Lenoir Museum off US 441 on TN 61. John Rice Irwin's Museum of Appalachia is a full reproduction of a pioneer village, complete with more than 30 log structures and a three-story Hall of Fame dedicated to the men, women, and children of Appalachia. There are also demonstrations of many pioneer activities, including weaving and spinning, the making of Kentucky rifles, spring plowing, and many others. There is an annual Homecoming Week each October with nonstop festivities.

[Fig. 23(5)] Big Ridge is another of the early TVA demonstration areas, and it is a spot ideally suited for those who are looking for places off main routes of travel. Located on the shores of Norris Lake, the 3,687-acre park is situated in a heavily forested area with prominent parallel hills and valleys typical of this part of the Valley and Ridge region.

The Big Ridge trails are considered to be some of the best in the state park system, and the area offers a great diversity of wildlife and wildflowers.