[Fig. 16(6)] Howfyl-Broadfield is like a time machine: Visitors to this historic site are transported back to the mid-1800s when rice plantations dominated tidewater Georgia. Maybe what's important here is what you don't see: Tara, the grand plantation indelibly etched in the popular mind from the movie Gone With The Wind. But it could be argued what you do see is very interesting: a historic working plantation with its original furnishings, complete with the freshwater marshes and dikes that supported five generations of owners.

Located in the Altamaha River delta, the plantation site measures 1,268 acres consisting of freshwater marsh, longleaf pine flatwoods, and farm pasture. The natural setting, with huge Live Oaks festooned with Spanish moss, provides a beautiful backdrop for a hike on a sunny day. Three trails should satiate nature lovers, and expose them to vegetation and wildlife typical of the Georgia coastal environment. The park is on the Colonial Coast Birding Trail for its abundant bird life and easy access.

Two champion trees are found on the property, including a national champion American holly (Ilex opaca) and state champion sweet-bay (Magnolia virginiana). Two Live Oaks found near the home are estimated to be over 300 years old and are as impressive as can be found, and two magnolias are believed to be over 100 years old. More than 144 birds have been identified on the property, and the pasture openings are good places to see deer, rabbits, and armadillos. Gray squirrels are the most common animal at the historic site, eating acorns from Live Oaks near the visitor center. Lucky observers may sight the endangered southern fox squirrel, a large squirrel with a black face and paws and a blond tail. Marsh rabbits and raccoons can be observed feeding in the marsh.

The plantation's beginnings trace back to 1807, when William Brailsford, a Charleston, South Carolina merchant of English descent, began carving a rice plantation out of the cypress swamps that bordered the Altamaha River. Brailsford's daughter, Camilla, married James M. Troup, brother of Georgia Governor George Troup. James Troup helped build the plantation into 7,300 acres of land, with 400 slaves and several homes. When he died, the plantation passed into the hands of his daughter Ophelia and her husband George Dent. In 1851, Dent built the plantation home that is open to tour at the historic site.

The rice plantation was successful until the outbreak of the Civil War. George Dent and his 15-year-old son James joined the Confederate Army, and Ophelia and the rest of the family moved to a refugee settlement called Tebeauville near the present city of Waycross. After the war, the Dents struggled to stay financially afloat, giving up significant portions of their property. In the 1880s, the property was taken over by James, their oldest son, who was married to Miriam Cohen. When James Dent died in 1913, the plantation was still in debt. Miriam, who was an astute businesswoman, took over the plantation and with her son Gratz converted it into a dairy farm around 1915. When she died, the plantation was inherited by her daughters Ophelia and Miriam, who took over the duties of running the farm. The dairy served Glynn and McIntosh county homes, delivering 100–150 bottles of milk daily. It was closed in 1942, when the sisters had attained financial security, paying off the debt on the farm. Ophelia Troup Dent lived on the plantation until her death in 1973 at the age of 86. In her will, she left the farm to the State of Georgia to be preserved as a historic site.

Comfortable walking shoes and insect repellant are necessary at this site. The visitor center features a museum and a short slide show that explains the history and significance of rice plantations on the Georgia coast. From here, the 1-mile Plantation House Trail leads visitors through pasture to the plantation home and complex of support buildings, then loops through a maritime forest, with overlooks and observation decks, before returning to the visitor center. A tour of the plantation home, built in 1851, is highly recommended. Notice the pay shed, where farm workers were paid for their labors.

After leaving the house, the trail goes through forest adjacent to the rice marsh. Here one can find the state champion sweet-bay in a drainage ditch next to one of the footbridges on the trail, along with 100-year-old loblolly pines of great girth, and other oaks, sweetgum, and Eastern red cedar. Indian pipe (Montropa uniflora), a soprophyte that looks like a peace pipe, also grows in the forest. Wild rice, growing to 9 feet tall, is found in wet places in the marsh. 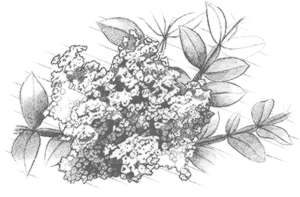 The second and third trails are located directly across from the historic site entrance on US 17. The first is the 2.5-mile Maritime-Pineland Woods Loop Trail. Looping off of it is the 0.5-mile Barrow-Pit Lake Loop Trail. The pinelands are especially interesting, featuring a climax stand of longleaf pine (Pinus palustris), which once dominated the Coastal Plain of the South. A fire-dependent ecosystem, the climax forest's ground cover has been described as the most diverse outside of the tropics. More than 90 species of plants have been identified in the pinelands' ground cover, including common St. John's wort (Hypericum perforatum), glaucous blueberry (Vaccinium darrowi), a variety of pawpaw species, persimmon, rattlebox, and witch hazel. The maritime forest contains loblolly pine, laurel oak, diamond-leaf oak (Quercus laurifolia), longleaf pine, and live oak. The understory supports bays and oaks, along with sassafras, yaupon, saw palmetto, and dwarf huckleberry. muscadine grapevines are common, as well as greenbrier, catbrier, and yellow jessamine.

The Borrow-Pit Lake Trail circles a lake created when dirt was "borrowed" from the property to create a railroad bed. Vegetation around the lake consists of oaks, pines, bays, and maples, along with gallberry, wax myrtle, dog fennel, and dahoon. Several carnivorous plants, each with its own strategy for trapping and digesting small organisms, are found in the lake and canal including round-leaved sundew (Drosera rotundifolia), yellow butterwort (Pinguicula lutea), and floating bladderwort (Utricularia inflata).

[Fig. 16(5)] One of the more popular marinas on the coast is Two-Way Fish Camp, which allows boaters to go, ahem, two ways: either upstream in the South Altamaha River or downstream to Altamaha Sound and offshore waters. This is a great place to book a freshwater or saltwater fishing trip or nature excursion. The marina hosts an annual fishing rodeo in June and a trout-fishing event in the fall. Call for dates and details. Two-Way is a full-service marina, with gas and diesel, supply store, hoist, bait and tackle, guides and charters, dry and wet storage, and engine repair. Located on a short spur off of US 17 at the South Altamaha River. (912) 265-0410.

Mudcat Charlies at Two-Way Fish Camp. US 17 North at the South Altamaha River. This reasonably priced, relatively new seafood restaurant has the advantage of overlooking the glorious southern channel of the Altamaha River. Just steps away from the boats are offerings of shrimp, scallops, and oysters prepared fried, broiled, or buffaloed. Boiled blue crab and "mudcat wings" are other popular orders. And it's the only restaurant serving a Fanny Kemble After Dinner Drink. I wonder what she would have thought of the NASCAR decorations. Open for lunch and dinner, 7 days a week, 11 a.m.–10 p.m. Moderate. (912) 261-0055.

[Fig. 18(3)] With 17,000 acres of swamps and pine flatwoods in Glynn County, Paulks Pasture offers a large area to hunt and explore. Hunters stalk deer, turkey, dove, furbearers, and small game near Buffalo Swamp, which serves as headwaters to the Buffalo River, a tributary of the Turtle River. The swamp and river receive their name from the scarcely known fact that buffalo used to live in the southern river swamps in pre-Columbian times, and were hunted by Indians. Hikers should visit the area when it is not hunting season. Campers should check with the regional office concerning regulations.

[Fig. 18(2)] Located across the Glynn County line in Wayne and Brantley counties is the 12,687-acre Rayonier Wildlife Management Area, used primarily by hunters during hunting season. Most of the tract consists of the Penholoway Bay Swamp, bottomland forest, and pine flatwoods, which serve as the headwaters of Penholoway Creek that flows north in an arc before turning south to the Altamaha River. Deer and turkey are the primary prey, along with furbearers and small game.

[Fig. 18(1)] Bordering the Altamaha River, this 17,814-acre wildlife management area straddling the Glynn-Wayne county line is popular for hunting deer, turkey, raccoon, and opossum, as well as launching boats into the Altamaha River from Lower Sansavilla Landing for fishing and wilderness excursions. Sansavilla derives its name from an Indian town, Santa Savilla, which existed on the 4-mile-long bluff overlooking the Altamaha River at the mouth of Alex Creek. The southern end of the bluff, which looks across to Fort Barrington, was visited by naturalist William Bartram during his travels in Georgia in the eighteenth century. Those wishing to explore the area should visit when it is not hunting season. Camping is permitted, but check with regional office first.

[Fig. 18(4)] Glimmering in the marsh north of the Sidney Lanier Bridge is the Georgia Department of Natural Resources headquarters. Next to the building is an interpretive nature trail that provides a good basic introduction to the flora and fauna of Georgia's marsh ecosystem. Inside the building are aquariums with native marine fauna.

On the trails, hikers will learn about sugarberry, mulberry, cabbage palm, and Eastern red cedar trees of the coast. An observation platform at the end of one spur provides access to an osprey nest. Sea oxeye, wax myrtle, and prickly pear cactus are three common plants one sees on the trail. Marsh rabbits are often glimpsed in the more wooded areas, and many wading birds are common residents such as egrets, herons, ibis, willets, and sometimes wood storks. Secretive clapper rails can be heard making their distinctive call. Periwinkles, mud snails, and ribbed mussels are very common mollusks seen slowly feeding in the Spartina marsh. Mud fiddlers and sand fiddler crabs are observed in habitats they're named after.

The Coastal Resources Division, Georgia Department of Natural Resources is the state agency charged with the responsibility of protecting the coast's natural resources, and it is appropriate that its headquarters is situated in the golden marsh. Inside the headquarters are restrooms and aquariums, and information on many coastal activities.