[Fig. 25(10)] The Davy Crockett Birthplace State Historic Park in Greene County is a 103-acre historic park located near Limestone, Tennessee on the Nolichucky River. This park is a monument to Crockett who was born here August 17, 1786. At the park is a limestone marker and a cabin on the spot where he was born and a visitor center with a museum.

There are numerous picnic sites throughout the park and two large picnic pavilions. Picnic shelters may be reserved by calling the park office. The Nolichucky River offers excellent fishing opportunities for several species including smallmouth and largemouth bass, catfish, crappie, and muskie. A state fishing permit is required.

Many groups and individuals use the park's large open areas for field games such as soccer, softball, and volleyball. A 0.25-mile trail leads the hiker across the Nolichucky River bluffs that overlook the falls where Crockett almost drowned as a small boy.

The park has a seasonal recreator/naturalist during the summer months who provides programs of interest to all ages. Programs include nature walks, films, games, crafts, and much more. A local civic organization hosts the annual Davy Crockett Celebration at the park. This event is usually held on the weekend closest to Crockett's birthday, August 17.

In the 1780s, Jonesborough was simultaneously a seat of civilization and the edge of the Wild West. Its culture of long-ago lives indelibly along its streets. Andrew Jackson lived at the Christopher Taylor house on Main Street and practiced law here as a public prosecutor from 1788 to 1789. Taylor was a veteran of the French and Indian War and served as a major in the American Revolution.

Three United States presidents from Tennessee; Jackson, Polk, and Johnson, stayed at the Chester Inn on Main Street. One of the historic markers along West Main Street describes Jonesborough as the place of publication from 1819 to 1820 of the first periodicals in the United States devoted to the abolition of human slavery, The Manumission Intelligencer and The Emancipator.

Jonesborough is probably best known as the home for the National Storytelling Festival sponsored the first full weekend in October (including Friday) by the National Association for the Preservation and Perpetuation of Storytelling.

[Fig. 25 (11)] About 25 miles southeast of Jonesborough on US 11E is Greeneville, which claims it's the second oldest town in Tennessee. It was named for Revolutionary War hero Gen. Nathanael Greene in 1783 by the authority of the State of North Carolina. It began with a 300-acre tract of land owned by Robert Kerr centered on the Big Spring behind the present site of the library on Main Street. In 1784, North Carolina ceded its western lands to the central government created by the Articles of Confederation.

By December 1784, a group of citizens of the Washington District in what is now east Tennessee, decided that because they were now without the protection of North Carolina, their interests were best served by the creation of a new state, named for Benjamin Franklin. John Sevier was elected governor of the State of Franklin and established its first capital at Jonesborough. By the next year, the capital of the State of Franklin had been moved to the log courthouse in Greeneville.

In the meantime, North Carolina reconsidered its decision to cede these lands and rescinded the action. The North Carolina government wanted to re-establish its authority over the area. To further complicate the situation, there were factions who had remained loyal to the government of North Carolina. A Franklin Constitutional Convention was held November 14, 1785, but a bitter division arose over the type of constitution to be adopted. In May 1787, a North Carolina_type constitution was "permanently" adopted. 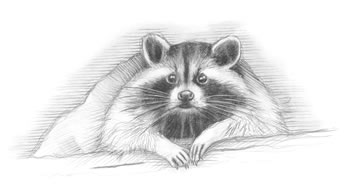 Several attempts to admit Franklin as the fourteenth state in the Union failed. The Franklin Legislature elected Evan Shelby to succeed John Sevier when his term expired in the fall of 1787, but he refused to serve. Without leadership, the movement toward statehood floundered and failed, and the State of Franklin quietly ceased to exist.

In 1789, North Carolina again ceded its western frontier, and the area was given the title Territory of the United States of America South of the River Ohio, commonly known as the Southwest Territory. William Blount was appointed governor and began to direct the territory toward statehood. On June 1, 1796, George Washington signed legislation making Tennessee the 16th state in the Union.

Today, the downtown Nathanael Greene Museum offers information about Greeneville's early history and men like John Sevier, Davy Crockett, and President Andrew Johnson. Greeneville was the home of Andrew Johnson, the 17th President of the United States and today is the site of the Andrew Johnson National Historic Site. Here you will find a visitors center, Andrew Johnson's tailor shop, two homes of the former president, (one furnished with Andrew Johnson memorabilia) and the National Cemetery. A true example of the American Dream, this man, who was an indentured servant in his early years, rose to hold the highest office in the land during our nation's darkest hours.

In 1861, Tennessee was divided over the issue of slavery, with east Tennessee being strongly pro-Union. A state convention called in February 1861 yielded results clearly favoring the Union. When the events at Fort Sumter prompted Lincoln to call for two Tennessee regiments to help put down the rebellion, another convention was called to decide whether or not the requested troops should be sent. This time the vote was strongly proseparationist. Tennessee seceded from the Union and ratified the Confederate Constitution in August 1861. Much of upper east Tennessee remained sympathetic to the Union cause. President Lincoln appointed former Governor Johnson military governor of Tennessee after the occupation of Nashville by Union forces in 1862. Johnson tried to force citizens to swear an oath of allegiance to the federal government, going so far as to imprison Confederate supporters who refused and to seize their properties within the state. President Lincoln selected Johnson for the vice presidency in 1864, and he assumed the presidency after Lincoln's assassination. Two of Johnson's homes and his tailor shop are open to the public. His first home is across the street from his tailor shop inside the visitor center. His shop became the place for local political activity and discussion that kindled his political ambitions. As he prospered, he moved his family to a home on Main Street. Johnson is buried a few blocks from his home in the Andrew Johnson National Cemetery.

[Fig. 24(2)] Davy Crockett was young when his family moved the 50 miles from Limestone to Morristown. His father established a business where the replica tavern stands today. The original structure became a pest house for people ill with smallpox when the Crocketts moved out in 1811. In 1865 the house was burned to prevent the spread of disease.

Today the replica contains authentic furnishings. The main room served as a social room and dining room for people stopping for supper and to stay the night. Patrons slept upstairs in the loft on rope beds. Below the kitchen is the loom room with spinning wheels and a loom. The basement houses antiques in the Crockett Pioneer Museum.

[Fig. 25(8)] Built from 1770 to 1772 by William Cobb, Rocky Mount is a two-story, nine-room log structure of white oak. It was not a mansion by the standards of the day, but it was comfortable according to William Blount, who stayed with the Cobb family. He said it was commodious with glass windows and a fireplace.

Rocky Mount is one of the oldest buildings in the state and is the oldest original territorial capitol. It became the capitol of the Territory of the United States South of the River Ohio in 1790. In 1792 the capitol was moved to Knoxville as westward growth continued.

Cobb gave the house and farm to Henry Massengil Jr., his son-in-law, and it remained in the family until 1959 when the state bought it to restore and preserve. Rocky Mount is now the property of the State of Tennessee.

[Fig. 25(9)] The Tipton-Haynes Historic Site is along an old buffalo trail that was visited by Woodland Indians and later by the Cherokee. The trail became the Stage Road and Colonel John Tipton built the home along it in 1783. Original structures on the site today include the home, the law office, the corncrib, and the barn. The limestone cave and spring on the property are believed to have been occupied as early as the Woodland Indian period (1000 b.c. to about 900 a.d.) and were probably used by early explorers reaching the area as well.

The dispute that took place here between Tipton, a North Carolina magistrate, and John Sevier, the governor of the State of Franklin, became known as the Battle of the State of Franklin. According to Vicki Rozema in Footsteps of the Cherokee, slaves and property belonging to Sevier were seized by the sheriff as payment for North Carolina taxes in the winter of 1788. This situation developed, at least in part, because of the unusual political situation of the time. This area had been under the jurisdiction of North Carolina, which for various reasons first ceded the area to the newly established central government and then reversed its position.

When North Carolina ceded the land, the State of Franklin was created by east Tennessee pioneers who gained experience in self-government about 15 years earlier. The Franklinites, as they came to be called, elected John Sevier to be their first governor.

When news was received in the area that North Carolina had rescinded its land cession, the Franklinites refused North Carolina's demands that the state be dissolved. For a while there were parallel governments. One represented the State of North Carolina and the factions in the area loyal to it. The other represented the proposed State of Franklin and those loyal to it. The Franklin faction sent repeated envoys to Washington requesting recognition of the proposed new state, but their efforts failed. Of course, the Franklinites refused to acknowledge North Carolina's right to collect taxes from the citizens of what they considered another state.

The North Carolina sheriff took the confiscated persons and property to the home of another North Carolina loyalist, Magistrate John Tipton. When Sevier returned to his home and discovered what he considered the theft of his property, he marched with a group of men to John Tipton's home and demanded its return. A contingent of Tipton allies resisted, a fight ensued, and in the melee Sheriff Pugh was killed and two of Sevier's sons were captured. The dispute threatened to escalate, but intermediaries of both men were able to intervene. North Carolina Governor Caswell took a moderate stance, and the losses on both sides were kept to a minimum.