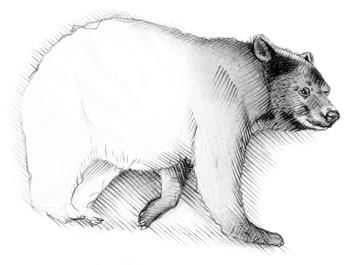 Since 1987, managers of the National Park Service, the U.S. Forest Service, the Tennessee Wildlife Resources Agency, and the Kentucky Department of Fish and Wildlife Resources have considered the possibility of re-establishing a population of black bears on the upper Cumberland Plateau in the Big South Fork Area (BSFA) of Tennessee and Kentucky. This area consists of the Big South Fork National River and Recreation Area and the Daniel Boone National Forest. The BSFA is part of the black bears' historic range.

In 1990, a habitat suitability study indicated that the landscape could support black bears, but there was also concern about how the bears would react to human activity and how humans would react to bears. To answer these questions, a study began in 1995 to experimentally release a limited number of bears into the BSFA, with further releases to be followed at intervals. The animals were translocated from the Great Smoky Mountains National Park.

The experiment is continuing, with no conclusions expected for several years, but biologists are optimistic about the project. The possibility of eventually having a huntable population is uncertain.