[Fig. 40(1)] In July 1925, William Jennings Bryan and Clarence Darrow faced each other to settle a case involving a law banning the teaching of evolution in Tennessee. A teacher, John Thomas Scopes, was charged with violating this law. The trial became a media carnival and a historical event. The Scopes Evolution Trial became the Monkey Trial.

The law prohibiting the teaching of evolution passed the Tennessee legislature in March of 1925. It stated that it was unlawful for any public teacher "to teach any theory that denies the story of the divine creation of man as taught in the Bible, and to teach instead that man descended from a lower order of animals." The statute stated that "any teacher violating this section shall be guilty of a misdemeanor and fined not less than one hundred dollars ($100) and not more than five hundred dollars ($500) for each offense."

In the spring of 1925, Scopes was a 24-year-old science teacher at Rhea County High School in Dayton. Discussions took place in Dayton at Robinson's Drug Store where a small group conspired with Scopes to violate the Tennessee statute to provide a court test case. On the surface, this was a publicity stunt, but worldwide fascination with the case astonished the conspirators. The original drug store table where the decision was made on May 15 to make a test case is in the Scopes Museum in the basement of the Rhea County Courthouse in Dayton.

Chattanooga, aware that the publicity would be of economic value, tried to have the trial moved from Dayton to that city. The prosecution was headed by William Jennings Bryan, the most celebrated orator of his day. He was also a leader of the fundamentalist movement. Clarence Darrow, America's most famous criminal lawyer and an agnostic, came to Dayton after his success in the Chicago Loeb-Leopold murder trial of 1925 to defend Scopes. The American Civil Liberties Union contacted him for the job. It was the meeting of the fundamentalist and the liberal.

The media carnival began as hundreds of reporters came to town for the Monkey Trail. The Baltimore Sun sent several writers, including the famous and acrimonious H.L. Mencken. A new invention, the radio, was used to report the proceedings. Thousands of visitors swarmed Dayton daily to see the trial.

The trial lasted from July 10 to July 21 in one of the hottest and driest Tennessee summers. Emotions ran as high as the temperatures in the overcrowded courtroom, so the trial was relocated under the oak trees on the north side of the courthouse.

The trial was supposed to determine whether Scopes violated the Tennessee law while acting as a substitute biology teacher. Public interest, however, lay in academic freedom, science, evolution, and religion. Many people came to see the contest between Darrow and Bryan. Darrow began the questioning. During preliminary proceedings, Bryan was promised equal time for rebuttal, but the judge decided that enough verbal fireworks had taken place. The trial was cut short, depriving the audience of some anticipated theater.

The jury convicted Scopes, and Judge Raulston fined him $100. The Tennessee Supreme Court later overturned the conviction on the technicality that the jury, rather than the judge, should have set the fine.

Bryan died five days after the trial, Darrow returned to Chicago, and Scopes attended the University of Chicago to study geology, which led him into Louisiana's oil industry. 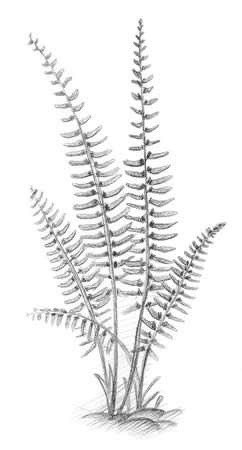 [Fig. 41(3)] The Lost Sea between Madisonville and Sweetwater claims to be America's largest underground lake. It is designated a Registered National Landmark and is listed in the Guinness Book of Records. An early known visitor to the cave was a saber-tooth tiger whose fossilized remains are now in the Museum of National History in New York City.

After a guided walk through the cavern's large rooms, a glass-bottomed boat ride takes visitors to see some of the largest rainbow trout in the United States living in the underground lake. The temperature remains at 58 degrees Fahrenheit year-round. Take a camera with a flash to snap shots of trout and of rare cave flowers, anthodites, and other rock formations.

[Fig. 41(1)] During the French and Indian War (1754_1763) the British Colony of South Carolina felt threatened by the French. Governor James Glen ordered the building of a fort on the Little Tennessee River in 1746, but it wasn't until 1756 that construction began.

Fort Loudoun, named after John Campbell, the fourth Earl of Loudoun and British commander-in-chief in North America, helped solidify the Cherokee-British alliance against the French to assure that trade continued between the Indians and British. The command consisted of 90 British regulars and 120 South Carolina militiamen.

During the fort's four-year existence, that alliance deteriorated, and in 1760 the Cherokee captured the fort. On August 9 of that year, 180 men, 60 women, and children left the fort. The next morning, the Cherokee attacked them, killing all the officers except one and about 25 others. The remaining people were taken and sold as slaves to the Cherokees. People in South Carolina and Virginia eventually ransomed most of the British, allowing them to return to white settlements.

[Fig. 41(2)] Located on the Eastern Band of Cherokee Indian's tribal lands across the road and a little south of Fort Loudoun is the Sequoyah Birthplace Museum. Near the museum, in the village of Tuskeegee, Sequoyah was born in 1776. The son of Nathaniel Gist, a hunting partner of Daniel Boone, and Wut-teh, daughter of a Cherokee Chief, Sequoyah (named George Gist) was born with a limp. Nathaniel Gist left the family when Sequoyah was a child.

Sequoyah later married a Cherokee, had a family, and became a silversmith. Although he was exposed to writing in his early life, he didn't learn the English alphabet, but he began playing with the idea of a Cherokee alphabet. This idea grew as he saw that Cherokee warriors could not write home as their allies, the British, did. Reading orders or recording events was not possible either. After the war, Sequoyah began working on a writing system for his people.

It took him 12 years, until 1821, to develop the Cherokee's written language. He created 85 symbols to represent the spoken language. Thousands of Indians became literate within a few months' time. The Bible and hymns were translated by 1825, and by 1828 the Cherokee were publishing their own newspaper, the Phoenix. This was the first bilingual newspaper in the nation. The Cherokee Nation awarded Sequoyah a lifetime pension and presented him with a medal for his accomplishment and contribution to his people. 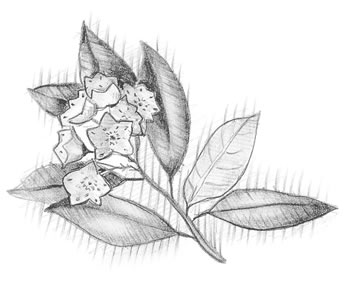 The museum has several rooms of artifacts and a thorough accounting of Cherokee history and culture. There is also a gift shop with crafts and books.

[Fig. 38(4)] Fort Marr's blockhouse, all that remained of the fort built in 1814, was relocated from its original site on the Conasauga River to a park in Benton. This blockhouse is just one corner of the old fort.

Fort Marr was built to guard Andrew Jackson's shipping trains. It also protected the Cherokee from warring Creek Indians. Later it became a stockade to hold Cherokees before being they were forced on the Trail of Tears.

[Fig. 38(6)] Nancy Ward was a Cherokee Indian who tried to keep peace between her people and the whites. She warned the newcomers of impending Indian attacks, but the Indians held her in high esteem because of her service to her tribe. The chiefs called her Beloved Woman. She was also known as the Wild Rose of the Cherokee.

She spoke in council meetings and had the power to release condemned prisoners. When a white woman, Mrs. William Bean, mother of the first white child born in Tennessee, was taken from Fort Watauga to be burned, Nancy Ward released her. 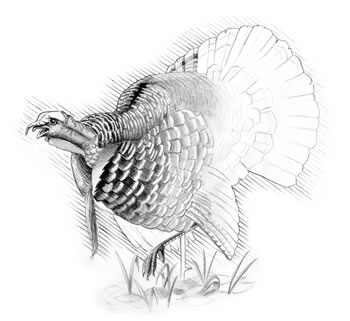 Her grave rests on top of a mound under a red cedar tree (Juniperus virginiana). The graves next to hers belong to her son, Five Killer, and her brother, Long Fellow.

[Fig. 42] Copper Basin was once the largest man-made biological desert in the nation. The sulfuric acid released during the smelting of copper ore killed nearly everything within 50 square miles and beyond. The acid fumes filled the basin and rained from the sky, giving the nation its first experience with acid rain. Various forms of pollution (heavy metals, acids, and waste materials) ran into streams carried by nearly 50 inches of annual rainfall. The Ocoee River downstream is just beginning to support aquatic forms of life again, and some stretches remain dead. Copper Basin was a working mine from the 1850s until 1987.

Reclamation of the torturously eroded Copper Basin moonscape begun in the 1930s has taken root. The landscape is growing trees again after a century. More than 16 million trees, acid-resistant grasses and legumes, and lime and fertilizer were used to reduce soil erosion from 195 tons per year to 8 tons per year.

Visitors to the Ducktown Museum, in the middle of Copper Basin, can still see part of the moonscape. Three hundred acres at the Burra Burra mine site have been set aside as a memorial to devastation and are listed on the National Register of Historic Places. By contrast, the view from the museum includes many acres that have been reclaimed. The museum has exhibits on environmental law, mining in the basin, and the people who migrated to the basin.

[Fig. 40(2)] Red Clay State Historic Park, located in the extreme southwestern corner of Bradley County, is dedicated to the preservation and interpretation of Cherokee history. It is a certified interpretive site on the Trail of Tears.

The park's 263 acres were used as cotton fields and pastureland, and there are forested ridges that average 200 feet or more above the valley floor in height. The site contains a natural landmark, the great council spring, or blue hole, which rises from beneath a limestone ledge to form a deep pool that flows into Mill Creek, a tributary of the Conasauga and Coosa river system. The spring was used by the Cherokee for their water supply during council meetings.

Red Clay served as the seat of Cherokee government from 1832 until the Indians' forced removal in 1838. Those years were filled with frustrating efforts to insure the future of the Cherokee. Chief John Ross led the fight to keep the Cherokees' eastern lands and to refuse the government's efforts to move his people to Oklahoma. Controversial treaties resulted in the Cherokee losing their lands and being removed. Here is where the Trail of Tears began because this is where they learned of that loss.

By 1832, the State of Georgia had stripped the Cherokees of their political sovereignty and prevented them from meeting together. They were prohibited from holding council meetings in Georgia for any reason other than to sign treaties giving their land away. As a result, the Cherokee capital was moved from New Echota, Georgia to Red Clay, Tennessee.

Many of the Cherokee had adopted the Christian religion, and their political and judicial systems were similar to those of the United States. Sequoyah had developed a syllabary, making it possible to write the Cherokee language. In spite of the social and political advancements made by the Cherokee, Red Clay proved to be the Cherokees' last refuge before being moved westward.

The James F. Corn Interpretive Center, located near the park entrance, houses a theater, a resource reading room, artifacts, nineteenth-century documents emphasizing Cherokee history and culture, and exhibits. Replicas of a Cherokee farmstead and council house show how the area might have looked more than 160 years ago. The great council spring, located near the council house, is accessible by a paved trail designed to accommodate the handicapped. The council spring is about 15 feet deep and produces more than 504,000 gallons of water a day.