Chattanooga is located at the southern end of the Great Valley of Tennessee. By the mid-1800s, it was one of the South's most important transportation centers, with railroads connecting Charleston, Savannah, Atlanta, and Knoxville; major roads running north to Knoxville and beyond, south to Atlanta, and west to Nashville; and barge traffic on the Tennessee River from Knoxville, down through Alabama, and on to Kentucky.

It also became the supply center for the South during the Civil War, and the battles that ensued between the Confederate and Union forces for control of the city were some of the fiercest and most decisive of the war.

The Civil War struggle for control of Chattanooga, and thus the state of Tennessee, began in the fall of 1863 when Confederate forces under Gen. Braxton Bragg were forced to retreat from Chattanooga into North Georgia by Union troops commanded by Maj. Gen. William S. Rosencrans. In the meantime, Bragg's army had been nearly doubled by reinforcements, and he mounted an offensive that resulted in the Battle of Chickamauga, the bloodiest two-day battle of the war, during which more than 37,000 casualties were suffered by the Union. Union forces were pushed out of North Georgia, and when Rosencrans abandoned Lookout Mountain, Bragg quickly seized it. With his troops also lined up on Missionary Ridge and Orchard Knob, the Confederates were prepared to starve the Union troops trapped in Chattanooga.

The tide began to turn when President Lincoln gave Gen. Ulysses S. Grant command forces to go to the aid of troops entrenched in Chattanooga. Shortly after Grant arrived on the scene, a new supply route was established by capturing Browns Ferry, a river crossing. Once Browns Ferry was in the hands of the Union army, goods began flowing freely. 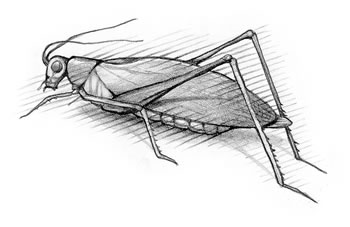 The battles for Chattanooga began when Union troops attacked the defenses at Orchard Knob, a low hill in front of Missionary Ridge. The Confederate defenders were routed, and the stage was set for an attack on the main ridge. Before this could occur, Lookout Mountain had to be captured, and on the rainy, misty morning of November 24, Grant ordered Maj. Gen. Joseph Hooker with his three brigades to take the mountain. What resulted was the famous Battle Above the Clouds, during which the Union forces overran the Confederate defenses and took control of Lookout Mountain. Next came a pincer movement engineered by Grant. He had Gen. William Tecumseh Sherman attack Bragg's Missionary Ridge fortifications from the north, while Hooker advanced from the south. The Confederate troops on Missionary Ridge were then overwhelmed by troops under Maj. Gen. George H. Thomas, who charged up the 500-foot hill in a spontaneous attack. The Union forces were victorious, and the Confederates were forced to retreat back into Georgia.

The Battle of Lookout Mountain and the Battle of Missionary Ridge essentially broke the spirit of the Confederate army, and with Chattanooga firmly in its control, the Union army was free to strike into the deep South. In the spring of 1864, Sherman launched his infamous March to the Sea that was the death knell for the Confederacy.

Today, more than a century after the Civil War, Chattanooga is one of Tennessee's most vital and energized cities, with an exciting and varied combination of historic sites, environmental wonders, premier outdoor experiences, and activities that makes it one of the South's most popular tourist destinations.

The most interesting experience offered is the 10-mile Riverwalk, a paved sidewalk that begins at Ross's Landing in downtown Chattanooga and extends to Chickamauga Dam. Along the way, this walking tour passes by seven sites that are on the National Register of Historic Places.

[Fig. 21(10)] Walnut Street Bridge was renovated from a condemned, multipurpose bridge to become the longest pedestrian bridge in the world. The 2,370-foot bridge in downtown Chattanooga reopened in 1993. Built in 1891, the old truss bridge became the first multiuse structure to span the Tennessee River, and for almost three decades it served as the only way to cross the river.

The bridge was a busy thoroughfare for many decades, but it was closed nearly 100 years after its construction on the advice of engineers who feared its collapse. Today, following a $4 million renovation, the bridge is stronger that the original, and it is a part of the Tennessee Riverpark.

The Walnut Street Bridge provides pedestrians access to many of the major attractions on either side of the river.

[Fig. 21(10)] This $45 million freshwater life center, which stands as tall as a 12-story building, was created to celebrate the life-giving forces of rivers and was funded as an educational facility to provide enjoyment, understanding, and conservation efforts.

The exhibits begin with the Tennessee River's source in the Appalachian highlands, then display habitats ranging all the way to the Gulf of Mexico where saltwater tanks contain ocean species. Included is a Rivers of the World exhibit that allows visitors to stand on the banks of the world's great rivers: North America's Tennessee and Mississippi, South American's Amazon, Africa's Zaire, Japan's Shimanto, and Siberia's Yenisey. 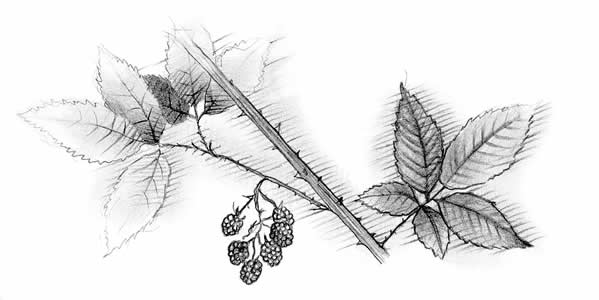 [Fig. 21(13)] The lower portion of Moccasin Bend in the Tennessee River at Chattanooga is a National Historic Landmark due to its archeological and historical significance. The river bend was a trade center for the Indians who controlled the region for thousands of years, and excavations have indicated that early Spanish explorers, possibly including Hernando De Soto, visited the area. There are also Civil War earthworks at the site.

A study is underway to determine if Moccasin Bend will become part of the National Military Park or remain in the hands of the city, county, and state under the protectorship of Friends of Moccasin Bend. Its future is uncertain at this writing and there are no archeological sites open to the public.

[Fig. 21(11)] This is the hill from which Grant and Thomas launched the attack on Missionary Ridge that eventually routed the Confederate troops and put Union forces back in control of Chattanooga. The reservation is on Orchard Knob Avenue, and several state monuments and a number of cannon commemorate the battle.

[Fig. 21(12)] Following the Battle of Chickamauga, Confederate troops occupied Missionary Ridge as one of the key parts of the battle line that surrounded Union forces in Chattanooga. During the battle for the city, Union troops attacked and captured the ridge, ending the blockade imposed by Bragg's army.

There are numerous plaques, monuments, and Civil War cannons sitting among the elegant homes along Crest Drive. There is limited parking at the Bragg and Sherman reservations.

[Fig. 21(5)] Near the Signal Point overlook is the trailhead for section 9 of the Cumberland Trail. From this point the trail travels through the Prentice Cooper State Forest; along bluff tops; into ravines lush with Eastern hemlocks (Tsuga canadensis), rhododendron, and laurel thickets, and a great variety of wildflowers and deciduous trees. There are two primitive campsites located in the first 11 miles, and hikers are warned against attempting to complete the entire trip in one day due to conditions along the route. The trail terminates at an overlook and fire tower near TN 27.

[Fig. 21(8)] The Tennessee Valley Railroad (TVR) and Museum was formed in 1961 by a group of Chattanoogans who wanted to preserve the city's railroad heritage. Today, an impressive collection of classic pieces from railroad history have been brought together to make the largest operating historic railroad in the South.

The TVR owns 40 acres that include four railroad bridges and a tunnel through Missionary Ridge. Included in the collection is a steam engine built in 1911; a 1917 office car, complete with three bedrooms and four bathrooms; Dining Car 3158, built in 1926 and still capable of serving full meals; Encore River, a 1954 stainless steel Pullman sleeping car; and a 1929 wooden caboose which saw service on both the Florida East Coast Railroad and the Nashville, Chattanooga, and St. Louis Railroad.

During the summer the Downtown Arrow Train makes weekend runs between the museum and the Chattanooga Choo-Choo/Holiday Inn. Longer excursions into North Georgia are regularly available, as well as the Pops in the Park Excursion in conjunction with the Chattanooga Symphony's outdoor summer event.

[Fig. 21(15)] This is a 120-acre sanctuary in the city's East Brainerd area that features a rich diversity of plant and animal life, an aviary, and 10 miles of hiking trails. Once the home of both Woodland Indians and Cherokee Indians, it is listed on the National Register of Historic Places.

Get to the island via a boat service available at Ross's Landing from May to October. Tours are available during the remainder of the year by calling the society for an appointment.

[Fig. 21(4)] The 460-acre David Gray Sanctuary is also known as Audubon Mountain because of its popularity as a hawk-watching location. There are trails throughout the sanctuary that wind through hemlock and hardwood forests, laurel and rhododendron thickets, and wildflower niches. An observation platform on Walden Ridge provides a sweeping view of the valley and surrounding area.

[Fig. 21(14)] On the western slope of Lookout Mountain and along Lookout Creek are Reflection Riding and the Chattanooga Nature Center. The Nature Center is an environmental education facility with nature exhibits and a rehabilitation center for injured wildlife. Reflection Riding is a 300-acre nature preserve that adjoins Lookout Mountain National Park. A wide variety of trees, scrubs, and wildflowers are maintained in an English landscape.

The drive along Lookout Creek is delightful. It is a serene change from the bustle of the city. The park contains more than 1,000 species of plants, with more than 300 wildflowers identified.

The Great Indian Warpath that ran from Alabama to New York remains in its original condition within the park. It is thought that De Soto and his men traveled the Great Indian Warpath in 1540. Also, the 1807 Old Federal Road that ran from Augusta, Georgia to Nashville, the first road through the Cherokee Nation, is preserved here. There are markers throughout the park noting history that took place here and noting Cherokee Chief Walking Stick's log cabin, one of the oldest structures in the state.

[Fig. 21(16)] This cave is not as much of an attraction as the creatures who roost here. Visitors will want to come to this site on an evening between late April and early September. That's when more than 100,000 federally endangered gray bats leave the cave and take to the sky. The bats emerge from their maternity roost nightly like a black veil unfurling, a show that lasts approximately 45 minutes.

Pregnant female bats arrive each spring and find just the right conditions for giving birth in Nickajack Cave. Warm air is trapped in pockets in the cave ceiling, creating an incubator-like temperature. Each night, gray bats feed on mosquitoes, moths, and beetles, with this colony consuming 274,000 pounds of insects annually. The cliff swallows visitors will see flying around in front of the cave feed on the same insects during the day. These birds build their jug-like mud nests in the twilight zone (the zone where light from the outside still penetrates the cave darkness), sharing the bats' habitat and food source but on a different schedule. The young gray bats are very vulnerable to human disturbance, so the Tennessee Valley Authority has fenced in the cave. Visitors stand on a viewing platform a safe distance away. This site is so biologically important, it became Tennessee's first nongame wildlife refuge in 1992, and today it is managed solely for the protection of the bats.

Nickajack Cave is adjacent to Maple View Recreation Area, which is operated by the City of New Hope. The cave is managed jointly by the Tennessee Valley Authority and the Tennessee Wildlife Resources Agency, and there are strict penalties for harassing the bats.