The basement rock foundation of the Smokies was created about 1 billion years ago when great forces of heat and pressure changed sedimentary rock to metamorphic rock before the Cambrian Period of the Paleozoic Era. The next level of rock is the Ocoee Supergroup, sedimentary rock deposited more than 600 million years ago in the late Precambrian Era.

Four major faults, or breaks, distort the rock formations in the Smokies. The Great Smoky, Greenbrier, Gatlinburg, and Oconaluftee faults are believed to have resulted when North America collided with Africa about 290 million years ago during the Allegheny orogeny. This event created the compression that formed the Smokies by folding layers of sedimentary rock on top of crystalline bedrock like a giant accordion run amok.

One widely accepted theory postulates that the tremendous geologic forces that shaped the Smokies resulted from the widening of the bottom of the Atlantic Ocean. The plate tectonic theory explains this widening as the result of the movement of large sections of earth's crust known as plates. They drift on the mantle, the second of earth's layers. The molten portion of the mantle heats unevenly, creating convection currents that carry the plates toward each other at times, and away from each other during other periods. 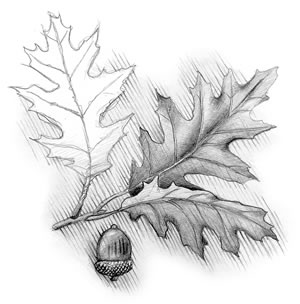 When collisions occur between plates, the plates may buckle under the pressure, with the heavier plate sliding under the lighter plate, creating tremendous upheavals. Since their formation, the Smoky Mountains are believed to have traveled about 100 kilometers (61 miles) northwestward.

After tectonic and weathering events created the peaks, they began to be eroded by wind, rain, and temperature extremes. About 20,000 years ago, pre-Wisconsin glaciation reached a maximum extension, coming within 100 miles of Tennessee.

At times the frozen soil in the Smokies took on the characteristics of permafrost, permanently frozen subsoil. One theory suggests the boulder streams and boulderfields seen today resulted from the freeze-thaw cycles that split boulders from the bedrock of peaks. The boulders were gradually smoothed as they were moved downhill by gravity and running water.

As the glaciers retreated, cold-loving plants were limited to the higher elevations. Streams began to erode their way through the Smokies, creating the ridges separated by deep valleys that we see today.