[Fig. 32(8), Fig. 34] A drive through the Nantahala Gorge offers some of the most breathtaking scenery in Western North Carolina. Winding roads present leisurely views of sheer rock faces towering over crystal clear waters. Fresh fruit and vegetable stands, fly-fishermen, and rustic cabins dot the riverside, while whitewater enthusiasts of all kinds delight in the waterfalls and swirling rapids of the Nantahala River.

The Nantahala River Gorge is nationally known for its world-class whitewater. Since the Nantahala is a controlled-release river, there is always predictable white-water from spring until fall, making it one of the most heavily used whitewater rivers in the region. The 8-mile river trip through the Class I, II, and III rapids takes about three hours. More than 10 commercial outfitters are established along the river, offering a variety of services including outfitting and guiding, boat rentals, instruction, restaurants, and overnight accommodations.

The U.S. Forest Service provides three river-access sites: the Nantahala River Launch Site, located off US 19 and NC 1310 at Beechertown, at the beginning of the run; Ferebee Memorial Recreation Area, 4 miles north of Topton, midway through the Nantahala Gorge; and the take-out landing located on US 19 at Wesser.

One of the focal points of the Nantahala Gorge is the Nantahala Outdoor Center (NOC). While there are numerous outstanding outfitters in the region, it is difficult not to single out NOC based on the scope and reputation of its offerings. NOC is the nation's largest paddling school, where everyone from beginners to experienced paddlers comes to learn and sharpen whitewater skills. Courses range from one-day canoe and kayak samplers to week-long clinics. Over the years, operations have expanded to include whitewater rafting trips on four other outstanding rivers in the southern Appalachians. 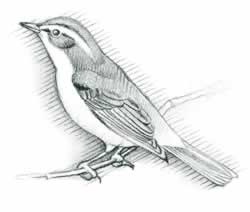 The Nantahala River is renowned for trout fishing. The Nantahala Gorge is stocked with more than 6,000 fish from March to August, and fish grow quickly due to the quality of the food supply. The gorge is also the only part of the Nantahala River and the only trout water in North Carolina that permits night fishing.

[Fig. 32(12)] The fragile and biologically significant Panthertown Valley is recognized by leading botanists and national environmental organizations and publications as one of the more magnificent areas in the southern Appalachians. Since becoming caretakers of this valuable resource in 1988, the U.S. Forest Service has worked to maintain the delicate balance of allowing public access and protecting the area from the potentially devastating effects of too much traffic.

The Nature Conservancy began negotiating to purchase the 6,380-acre Panthertown Valley tract from Liberty Life Insurance in 1986, when Duke Power suddenly bought the valley for $10 million. Eventually, the Conservancy succeeded in purchasing the property and, in turn, sold the land to the U.S. Forest Service. A 230-kilovolt transmission line across one end, however, remains as a reminder of the power company's ownership.

At 4,000 feet, this flat valley supports unique and endangered communities. A rare, high-elevation bog, covered with a mat of sphagnum moss, is surrounded by a granitic dome of steep rock outcrops, where pinkshell azalea (Rhododendron vaseyi) and federally endangered rock gnome lichens cling.

Only 33 patches of rock gnome lichens exist in the United States, 26 in the mountains of Western North Carolina and the remainder in eastern Tennessee. The patches typically occupy less than 3 square feet, and that size is shrinking each year. Scientists believe increasing air pollution is the cause of the decline of the rock gnome lichens—filters of pollutants and indicators of air quality. In addition, heavy foot traffic can destroy an entire community.

Several mountain streams bordered by white sand beaches curl throughout the valley—some streams forming waterfalls. Schoolhouse Falls is the most easily accessible and spectacular. Fragile spray-cliff communities, surviving on the mosses and liverworts that are the earliest settlers of rock faces, are also in danger of being trampled by visitors who explore behind the falls.

Many of the valley's old railroad grades and logging roads are covered with forest growth or partially filled with young trees, blueberry bushes (Vaccinium), and greenbriers. More recently used roads that are now closed to vehicle traffic form trails throughout the valley.

[Fig. 32(7)] In the eighteenth century, Scots-Irish immigrants found home in the glens and hollows of the Appalachian Mountains. The traditions and folkways they brought with them are a rich part of the cultural legacy of Western North Carolina. At the Mountain Heritage Center at Western Carolina University, a permanent exhibit focuses on the Scottish and English migrants who settled in Northern Ireland in the seventeenth century and whose descendants immigrated to Western North Carolina generations later.

In addition, temporary exhibits illustrate both the natural world and mountain societies of the past and present, centering around themes such as the environmental and cultural history of an Appalachian watershed and the southern Appalachian handicraft movement. The more than 10,000 artifacts in the center's collection include heirlooms of hundreds of Western North Carolina families, providing abundant material for changing displays.

To expand its reach, the Mountain Heritage Center publishes books and tapes and develops multi-image shows and media presentations for schools, civic organizations, and conferences. Educational programs such as a monthly children's cultural- arts program plus concerts, lectures, and other special events are offered on site, as well. And each fall, Mountain Heritage Day, a festival of mountain music, food, crafts, and storytelling, attracts 35,000 celebrators.

[Fig. 32(6)] Nobody knows what it says, but over the years it has been the subject of a lot of talk. Judaculla Rock is a large soapstone slab carved with pictographs that have yet to be translated. Though the carvings predate Cherokee recorded history, the Cherokee contend that the fearful giant Judaculla (corrupted from the Cherokee tsulkalu which means "slant eyes") jumped from his mountaintop home on Tanasee Bald at the convergence of Haywood, Jackson, and Transylvania counties. He is said to have landed at what is today Caney Fork Creek and left the markings on the soapstone. The many other theories circulating about what the rock is—a boundary marker, peace treaty memorial, battle commemoration—take a back seat to the more popular story of jumping Judaculla.