The Blue Ridge Parkway in the Grandfather Mountains

[Fig. 4, Fig. 3(4)] It could never happen today—469 miles of concrete coursing through mountainous wilderness, across two states, six congressional districts, 29 counties, 181 miles of national forests, and 11 miles of the Qualla Boundary Cherokee Indian Reservation. Today, red tape and paperwork would bury the project before the first shovel broke the ground.

But when plans for the Blue Ridge Parkway took shape, times were hard. It was the Great Depression, and people needed work. Although the idea for a road through the southern Appalachians had been around as long as the automobile, the Great Depression gave it new purpose. The National Industrial Recovery Act of 1933 ordered the Public Works Administration (PWA) to develop a program involving the construction, maintenance, and improvement of public highways and parkways. During that same year, President Franklin D. Roosevelt visited the Skyline Drive, a Civilian Conservation Corps (CCC) project in Virginia's Shenandoah National Park. When presented plans for a similar road connecting Shenandoah with the Great Smoky Mountains National Park, Roosevelt agreed. Later that year, Congress allocated $16.6 million for the project, and on September 11, 1935, officials broke ground on a 12-mile section at Cumberland Knob, just south of the Virginia/North Carolina border. The Blue Ridge Parkway was under way.

On June 30, 1936, an act of Congress placed the Parkway under the jurisdiction of the National Park Service of the U.S. Department of the Interior, ensuring its status as a resource of national merit under the National Park Service's mandate "to conserve the scenery and the natural and historic objects and the wildlife…and to provide for the enjoyment of the same in such manner and by such means as will leave them unimpaired for the enjoyment of future generations." Over the years, it has become increasingly apparent just how much care and dedication went into the project, fostered by a deep respect for the beauty of the land through which it was carved. 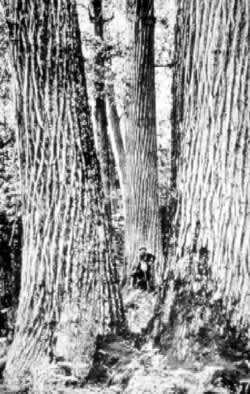 Work progressed in stretches and strips, as the necessary land had to be acquired from a variety of jurisdictions. Unlike national parks in the West where land could be "set aside" because it did not belong to anyone, much of the land in these mountains was privately owned. Careful negotiations and one-on-one consultations with landowners convinced them the Parkway would be an asset to the region and assured them they would receive a fair price for the land. The states of North Carolina and Virginia and the Resettlement Administration joined forces to assist those who were displaced. In addition to land purchases, the Parkway received some of its holdings from land transfers from the U.S. Forest Service and from three significant donations of private lands in North Carolina: Moses H. Cone Estate (1948), Julian Price Memorial Park (1949), and Linville Falls Recreation Area, purchased and donated by John D. Rockefeller Jr. (1952).

Road building also proceeded slowly because few maps of the land existed, often only sketch maps made by members of the Appalachian Trail Club. To find the best vistas, landscape architects and surveyors hiked the rugged terrain, asking local people their advice, weighing the advantages—scenic and monetary—of the myriad choices. Then, landscape architects met with engineers of the Bureau of Public Roads to determine the best sites for bridges and tunnels and the road itself.

At first, mountain residents thought of the Parkway as just another road that would help them get to market. The concept of the world's first recreational highway was difficult for these hard-working people to grasp. Yet they did benefit from the Parkway in a number of ways. By working closely with the landscape architects, local people learned about soil conservation, fire control, erosion prevention, and crop rotation, easing man's impact on the mountains in areas well beyond the Parkway's route. In addition, as part of the New Deal, contracts required contractors to hire labor from the rolls of the unemployed in the counties surrounding the Parkway. As much as 90 percent of the labor force came from local communities. Only when the terrain and scope of the project required unusual skills—stonemason artistry, for example, to build the distinctive stone bridges and retaining walls that have become Parkway trademarks—were talented Italian and Spanish stonemasons brought in. The Italians and Spaniards worked well together and developed friendly rivalries to see which group could build the finest bridges and walls in the shortest time at the lowest cost.

The project never faltered from its plan to make the least impact on the environment as possible, to blend the road with its environs carefully and deliberately. Unlike state and federal highways where drastic cuts expose the region's ancient geology, the Parkway reveals few of the folds and cracks, intrusions and veins along its route. Construction crews worked closely with the landscape architects to blast rough, natural-looking cuts in a deliberate attempt to blend with the environment. And by its very design, the Parkway often runs parallel to the geology rather than cutting across it.

Not only are habitats within the Parkway's boundaries protected from land development, but the construction of the Parkway actually helped create new habitats as it opened areas within closed, dry forests. These openings simulate gaps that would have been created by tree falls and fires, providing the proper "edge" habitat desired by some rare plant species. Several mountain bogs, for example, occur on Parkway lands and generally support a variety of rare plants. 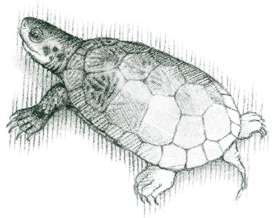 It's hard to get lost on the Parkway, especially with hundreds of milepost markers along the route. The Parkway crosses into North Carolina at milepost 216.9 [Fig. 4(1)] and continues until its terminus at milepost 469 in the Qualla Boundary Cherokee Indian Reservation. The 250-mile section in North Carolina includes seven visitor centers and numerous smaller information centers offering literature and advice as well as five Parkway campgrounds; 25 tunnels; 72 hiking trails leading to geologic wonders such as waterfalls, gorges, and caves; and a wide variety of elevations ranging from 2,000 feet at the French Broad River to 6,053 feet at Richland Balsam. Approximately 1,250 vascular plant species are known to exist within Parkway boundaries, and of these, 106 plant species are either federally or state listed as endangered or threatened. In addition to nature's bounty, cultural remnants from days gone by—picturesque pioneer cabins, popular trading posts—also grace the landscape. For a detailed description of the length of the Blue Ridge Parkway, William G. Lord's Blue Ridge Parkway Guide offers fascinating lore and legend, facts and figures, along its 469-mile route.

A few nuts and bolts about the Parkway: Facilities are generally open May 1 through October. The exception is Linville Falls campground which remains open year-round. There are no showers at any Parkway campgrounds, although running water and restrooms are available. No swimming is allowed in any National Park Service waters. With the National Park Service's (NPS) Golden Age Passbook, available free to citizens 62 years of age and older, campground fees on the Parkway and at NPS campgrounds across the country are discounted by 50 percent; the card is also honored in national forest campgrounds.

A number of exits from the Parkway connect with state and federal highways: US 221 at Blowing Rock, Sandy Flats, Holly Mountain Road, Beacon Heights, and Linville Flats; and NC 226 at Gillespie Gap and Little Switzerland. The Parkway is open all year, but may close in sections if winter conditions become dangerous. Parkway information is available 24 hours a day by calling (800) 727-5928. Or for in-state visitors, (704) 298-0398.