The Middle Peninsula and Northern Neck

The peninsulas on the western shore of Virginias Chesapeake Bay demonstrate how geography influences history and culture.

The James and York rivers define Virginias Lower Peninsula, where Newport News and Hampton are located. The York and Rappahannock rivers outline the Middle Peninsula, with the towns of West Point, Gloucester Point, Gloucester, Mathews, Saluda, Urbanna, and Tappahannock. The tidal Rappahannock and Potomac rivers lap at the shores of the peninsula known as the Northern Neck, where the communities of White Stone, Kilmarnock, Windmill Point, Reedville, Heathsville, Montross, and Warsaw are located.

Portions of these rivers or their tributariesincluding parts of the Rappahannock, the Piankatank, the Mattaponi, the Pamunkey, and the Chickahominycomprise what has been called "the heart of the most pristine freshwater complex on the Atlantic Coast" by The Nature Conservancy. The freshwater and tidal marshes along the curves and meanders of these waterways are host to an incredible variety of fish, waterfowl, and wildlife. The detritus-laden ooze of such marshlands is a veritable stew of minute organisms vital to the health of the Chesapeake Bay. It is no accident that the rivers banks are inhabited and defended by descendants of early European settlers and by tribes of American Indians who have lived lightly on the lands for many generations.

The tributary tidal rivers reach far inland, creating long peninsulas that were almost as isolated as islands until engineers designed bridges that would span the wide rivers. Consequently, the Indian tribes and early settlers inhabiting these peninsulas had to be resourceful and self-reliant. 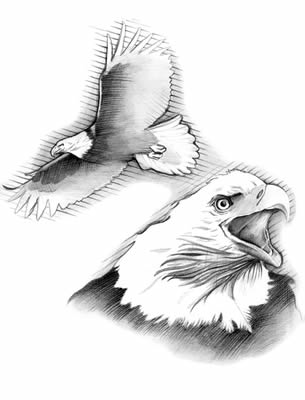 The waters that define the peninsulas have also defined the lifestyle of their peoples. The Indians learned well how to harvest the riches of the Chesapeake Bay and its tributaries. The shells and bones of bay creatures and feathers of wetland birds are literally laced into their everyday lives and tribal festivals. As European settlers arrived, they too learned to be watermen, duck hunters, and boat builders. Learning the history and culture of the peninsula may take getting sand between the toes and salt air in the hair.

Even school children are familiar with the Colonial heritage of the Jamestown/Williamsburg area on the Lower Peninsula. The Middle Peninsula and the Northern Neck, however, are not so well known. To mention the Middle Peninsula or Northern Neck is to conjure up thoughts of quaint fishing villages and weathered docks stacked with crab pots. Or maybe thoughts turn to marshes crowded with noisy ducks and geese, or long stretches of back roads where plowed fields bake in the noonday sun and gulls follow the disc on a tractor as it turns up worms and grubs. These images are accurate, of course, but there is more.

Little known to the rest of the world are the strong ties these remote stretches of tidewater have with the early history of the New World. Many people are surprised to learn that Captain John Smith explored far up the tidal rivers that reach inland and define the peninsulas. Also, England established counties and port cities that are older even than Williamsburg. Museums and historic sites commemorating both the European and Native American past are sprinkled throughout the counties, especially on the Northern Neck. But sometimes you may have to go a bit out of the way to find them.